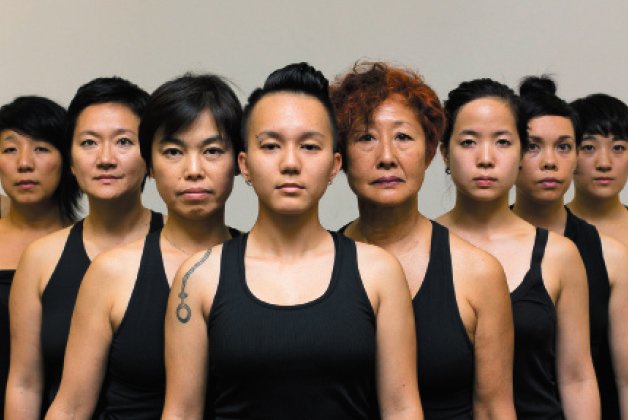 The 12 Asian-Canadian women who make up Toronto’s Raging Asian Women Taiko Drummers are fuelled onstage and off by a variety of passions. But they aren’t angry. Usually they’re the opposite.

“Raging is an intensity of emotion. Raging in joy is something that I would say describes us because we have so much fun together,” says RAW member Christine Kim.

“When we experience racism, sexism, systemic barriers or life circumstances that seem unfair, what do we do with that? That’s the real question we explore.”

“A lot of activist groups that call on us see Raging Asian Women as anger at the injustice you feel when something is not just in the world,” says Park, a former alternative dance company founder who handles much of the group’s musical direction.

“We use anger to empower ourselves as a group to try and fix it.”

This year is RAW’s 15th anniversary, and after a decade and a half of performing for social justice groups, unions, events and festivals like Pride – usually about once or twice a month – this weekend’s shows mark their first full-length concert production, From Rage Comes.

In addition to choreographed drum works (including the world premieres of two RAW originals), the show has six video presentations between songs.

“It’s more an experience than just a show,” explains Kim. “We engage with the audience through our emotions and through being vulnerable. It’s that authentic experience that, I think, is contagious.”

RAW’s form of taiko drumming is a modern reclamation of a traditional Japanese instrument often used in shrines and temples as a way of calling out to the community. It became popular as a performance art in North America in the 60s and 70s, and today the women of RAW – who crafted their own drums from scratch over a decade ago – use it to challenge stereotypes.

“What makes us unique is that we’re all women. We not only consider ourselves a taiko group, but we use taiko as a way to be seen in the way we want rather than the way the media portray us,” says Kim.

Over the years, the women have slowly seen these portrayals changing for the better.

“At the beginning of RAW, it was really about [countering] the old stereotype of the Asian as being quiet, meek, not having an opinion or voicing their opinion. Obviously that’s changed a lot – look at Olivia Chow,” says Park.

“We’ve evolved in the sense that RAW is now us presenting ourselves. For some people that might be shocking. A lot of kids will come and say, ‘Is that a girl or a boy?’ But we just present who we are and people get to see that.”

Adds Kim, “Before, it was about dispelling stereotypes now it’s about ensuring that we’re seen. How much can you talk in words about inclusivity? But if you can do something that’s easy to grab onto, like drumming, it takes away a lot of the layers.”

The group members’ own attitudes have evolved, too.

“Now we say, ‘Great. Be shy and quiet and demure.’ We don’t have judgment, whereas before I think we did,” says Kim. “Now it’s like, ‘Look at us. There’s all sorts of diversity within.'”