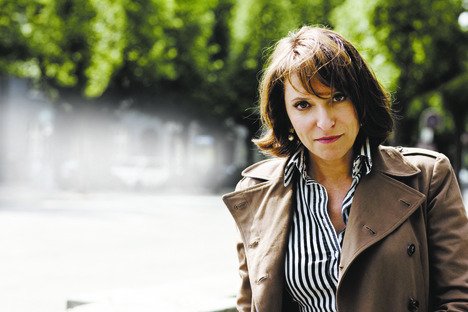 But don’t ask the Danish-born winner of 2011’s Academy Award for best foreign-language film to participate in a book about women directors.

“Bigelow winning an Oscar makes me happy,” she says, relaxing on a hotel couch at last fall’s Toronto International Film Festival. “But when it comes to a common thread among female directors or a common artistic point of view, I don’t see it. I find it a bit arbitrary. We might as well do a project on redheaded directors.”

Curious coming from a filmmaker preoccupied with masculinity. Her film Brothers probes jealousy and post-traumatic stress, the product of war. And in her Oscar winner, In A Better World, opening this week, young boys deal with their urge for revenge, and a doctor working in Africa must decide whether to treat the vicious warlord who is brutalizing the people of the village.

“I always felt that I understood men better than I understood women,” says Bier, carefully working out her thoughts. “I had a strong father. I always played with boys, never played with dolls, and I was always terrified by groups of women.”

In Mikael Persbrandt, who plays the conflicted doctor, Bier cast a superb actor with unusual charisma. He reminds me of Benicio Del Toro, who starred in Bier’s Things We Lost In The Fire.

“I was intrigued by Mikael. The tattoos are for real, and he’s known as a wild drinking guy, which means he’s not someone you’d automatically see as a doctor working in a refugee camp. There’s real masculine power in him and Benicio. Many actors can be amazing, intriguing, fascinating, but they don’t have that male thing.”

Bier trained as an architect and got interested in set design before she went to film school in Denmark. For someone educated in the visual arts, she shows a remarkable facility for working with actors

“I’m actually more interested in human beings than I am in visuals,” she admits. “I may not have been that deeply interested in architecture in the first place. I was searching for an outlet for my creative drive. When you’re a singer or a painter, it’s obvious what you do. But as a filmmaker, what’s the talent? It took me a while to figure how to use the erratic creative energy I knew I had.”

But it didn’t take her long to embrace the Dogme movement, which promotes stripped-down techniques – no music sequences shot in real time – and drives the aesthetic of her previous film After The Wedding. She’s not planning another Dogme film soon, though.

“I don’t care for action movies. I’m always waiting for the car chase to stop so people can start talking. And then I’m disappointed in the talking because the scenes are so boring. Dogme’s the extreme opposite. It’s almost nude. That’s useful, but sometimes it’s good to shape a film, and applying music can be fun.”

She is, however, always happy to work with kids. When I remind her that W.C. Fields said he’d never work with dogs or children, she’s clear.

“And for the record, I would never work with dogs.”

On being the child of holocaust survivors: