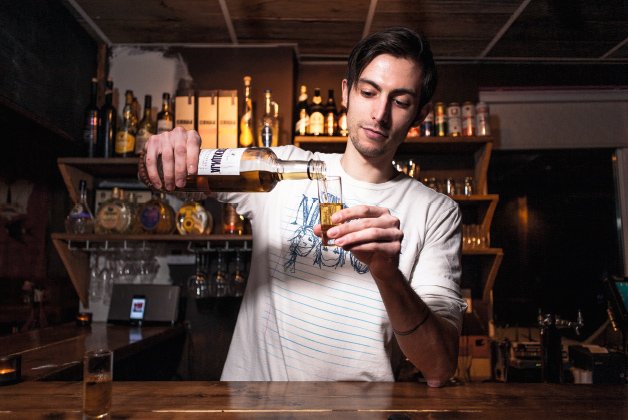 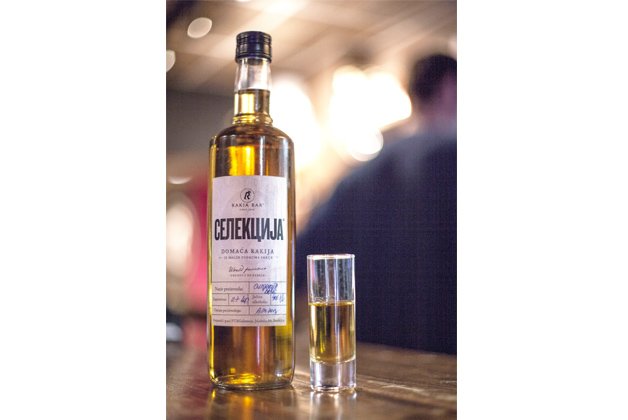 Every European nation has its version of traditional fruit spirits. Often high-proof, minimally aged and avidly consumed by patriarchs, they’re known as eau-de-vie in France, grappa in Italy, palinka in Hungary, schnapps in Germany. Throughout the Balkans, it’s called rakia. Most commonly made from grapes or overripe plums (slivovitz), rakia is distilled from pretty much any fruit, including apricots, quince, figs and cherries.

The homemade stuff can be a wrecking ball for ill-informed lightweights (I doubt many Slavic grandfathers use hydrometers), but as I discovered at Rakia Bar’s new Annex location, Serbia’s national spirit can be smooth and sophisticated, with a tantalizing bouquet of plump fruit one moment and a whiff of fertile earth the next.

In short, a welcome departure from “the usual.”

Rakia Bar’s new space – it’s a franchise with a spot in Leslieville (1402B Queen East, 416-778-8800) and four in Serbia – is tucked just above Bloor on Euclid, in the former Hrvati Bar. The cute, comfortable room, studded with wine barrels and accented in Rakia Bar’s trademark fuchsia, offers communal seating for raucous rakia or wall-hugging high tops for romantic rakia – the choice is yours.

Naturally, we settle in close proximity to the booze: at the bar.

The rakia list is laid out as a series of whimsical descriptions – creative but likely frustrating for our poor bartender, whom we pepper with questions. He takes them like a champ.

They’ve run out of quince when I visit, but I only sulk until my first sniff of apricot palinka ($9.50), and by the time I’ve worked my way through a few glasses – including Rakia Bar’s special imports ($13) and infusions like honey/mint slivovitz – I’m unflappable, though not quite soggy enough to spring for the 30-year-old Grandfather at $35 a shot.

Other brandies and eaux-de-vie are available, along with wine and cocktails like the Blondinski (strawberry grappa, limoncello and prosecco, $8). While the Leslieville location stocks a wider range of spirits, the Annex locale offers an assortment of eastern European tallboys (I’m talking about beer, not stately men of Slavic descent).

Those daydreaming about patio season should note that Rakia Bar Annex opens a large back patio come summer. In the meantime, if you’re looking to cultivate an internal glow indoors, rakia sure does the trick.

Access Four stairs at entrance, washrooms in the basement.

Hours Tuesday to Thursday 5 pm to midnight, Friday and Saturday 5 pm to 2 am