New doc looks at the iconic artist whose inimitable style was the perfect accompaniment to Hunter S. Thompson's gonzo journalism 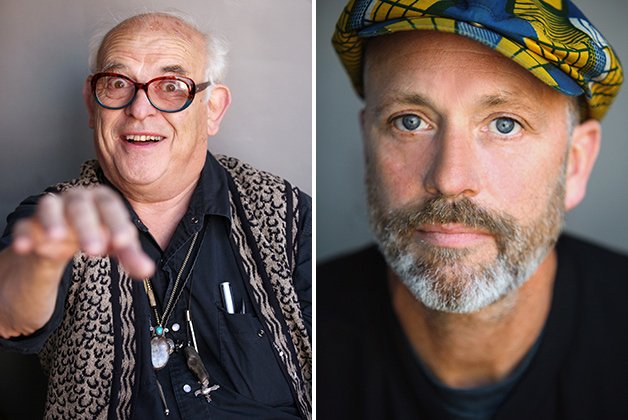 FOR NO GOOD REASON directed by Charlie Paul. A Mongrel Media release. 90 minutes. Opens Friday (May 16). For venues and times, see Movies.

When I meet cartoonist Ralph Steadman at the 2013 Toronto Film Festival, his terrific cover for NOW’s 2013 year-in-review issue is still three months down the road. Rob Ford, the subject of that cover, doesn’t even come up in the conversation, if you can imagine that.

Instead, Steadman – flanked by Charlie Paul and Lucy Paul, director and producer of the documentary about him, For No Good Reason – tells stories about meeting Hunter S. Thompson for the first time at the 1970 Kentucky Derby, about a visit from Withnail & I director Bruce Robinson and star Richard E. Grant, and about growing up with a love of cameras and clockwork trains.

Every one of those stories is too long to relay here, so you’ll find them as audio clips on the NOW website. (Please listen – they’re delightful.)

Between stories, Charlie tells me how the seeds of his documentary were planted in 1998.

“I was very interested in art that was photographed without the artists – [in] watching art build up,” he says. “I’d heard that Ralph had a drawing desk in his studio he had a camera permanently above the desk, and recorded his art. So I sent round a letter, and thankfully he said, ‘Oh, come down and pay a visit.’

“We instantly got on, and as I left that afternoon Ralph gave me a whole box of videocassettes: ‘Help yourself, look through these.’ Ralph had recorded his life on these tapes, and I watched it unfold, tape by tape. It was a fantastic start to the project. Obviously, it was as unwieldy and difficult to manage…”

“I’m complaining already,” Charlie agrees. “So it was a fantastic start. I had an invaluable hook I had to investigate, and then I used to go down for weekends. A relationship started where we spent as much time as we could recording work and so on.”

Lucy Paul explains that they didn’t set out to make a movie, and only five years into the process felt they’d got something.

“The whole conception was just to hang out with Ralph, actually,” admits Charlie. “I was working with my hero. I’d always loved Ralph’s work, from early as a student, and so being allowed into this artist’s studio, to me – it was enough of a privilege to just record it.”

Steadman’s obvious comfort with having Charlie around led us to my favourite moment in the film, a scene where the artist draws a portrait of his dog Beady in real time.

“He would leave Beady in, wouldn’t he?” Steadman laughs. “That was his little sort of gift for putting up with him for so long.”

Ralph Steadman and director Charlie Paul on his love of old-school technology:

Charlie Paul on the documentary’s use of various film and video formats:

Steadman on that time Withnail & I director Bruce Robinson came to visit: