Only Yesterday and The Reflecting Skin make a comeback 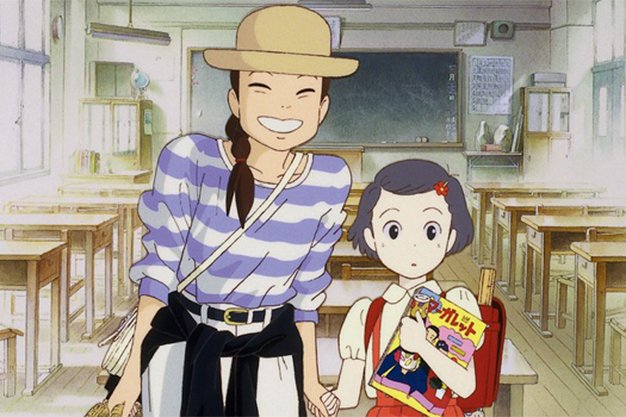 For all the talk of the death of physical media, the DVD and Blu-ray market is still driving the rescue and restoration of dozens of movies every year – and, if we’re really lucky, those restorations get a brief theatrical run to tease the upcoming disc. Everybody wins.

This week, Toronto audiences can catch two such restorations when the Royal hosts the return of Philip Ridley’s The Reflecting Skin and the Lightbox welcomes Isao Takahata’s Only Yesterday in a new English dub. (It’s also available with subtitles, so check your screening.) And weirdly, both are marking their 25th anniversaries, and both are stylized coming-of-age stories set decades in the past. But that’s where the similarities end.

The Reflecting Skin, which slid into obscurity after its Toronto premiere at TIFF in 1990, is a dense, creepy study of young Seth Dove (Jeremy Cooper), a child growing up in rural America (actually Alberta) just after the Second World War.

Seth is kind of an awful kid – we meet him moments before he torments his reserved English neighbour (Lindsay Duncan) by exploding a frog in front of her – but his world is about to get much darker. His father (Duncan Fraser) is suspected of a horrible child murder, and his brother Cameron (Viggo Mortensen) returns from the Army with a strange wasting sickness, leading Seth to conclude that the aforementioned neighbour is a vampire out to drain Cameron’s life.

It’s more disturbing than frightening, but make no mistake: this is very much a horror story, and one that’s well worth revisiting, especially in this new restoration. Soda Pictures has brightened and clarified a film that slipped between the cracks the first time around.

By contrast, Takahata’s Only Yesterday, from Studio Ghibli, was acclaimed as a masterwork from the day it premiered it just never made it to North America. As placid and melancholy as The Reflecting Skin is over-wrought and queasy, the gentle drama crosscuts between two points in the life of a young woman named Taeko. As a Tokyo schoolgirl in 1966, she copes with crushes and the onset of puberty, and as a 27-year-old (voiced in the new dub by Daisy Ridley of The Force Awakens) in 1982, she spends an idyllic week on a safflower farm in the countryside and finds herself drawn to a charming young man, Toshio (Dev Patel).

It’s deliberately paced and pitched to adults rather than children. Takahata layers in the emotional beats so carefully that you might not even notice how involved you are in Taeko’s story until the final scene brings everything together with the impact of a fist to the heart. But, you know, in a good way.