NOW MagazineNewsReady or not, here he comes

Ready or not, here he comes 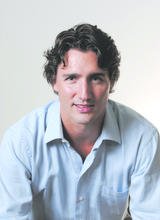 Justin Trudeau, 23rd Prime Minister of Canada. Goodness. How many expected those words to roll off the tongue of CBC anchor Peter Mansbridge when #elxn42 began 78 days ago?

And so ends the longest – and ugliest thanks to the HarperCons – election campaign in modern Canadian history. And maybe most inspirational. Let’s see what the new PM does in office before we declare it as such.

But what there is no doubt about is that Trudeau has brought the Liberal party back from oblivion leading the Grits to an unprecedented majority.

The Libs ran the table in Atlantic Canada, outpaced the HarperCons and NDP in Quebec – where the NDP’s 2011 wins have been seriously eroded – and were winning big in Ontario when the CBC election desk called a majority for the Libs. The seat count at this writing: Liberals 189, Cons 103, NDP 35, Bloc 10 and Greens 1.

For those looking for change – and the polls kept telling us three out of four Canadians were – Trudeau managed to cast himself as the change candidate. When did the tide turn for the guy of whom it was said was not ready?

There were a handful of moments when it can be said Trudeau separated himself from the pack. The Munk debate on foreign policy would seem an unlikely place for Trudeau to start the Liberal turnaround, but he not only exceeded low expectations, he proved he could go toe-to-toe with Harper and Mulcair (viewed as his intellectual superiors) and win.

There were other moments, perhaps none bigger than the campaign’s decision to cut from the NDP’s balanced budget position and pledge to run deficits to fund massive transit and infrastructure projects. The Libs also stole the thunder of the NDP, arguably the country’s most progressive party, in the race for middle class votes, by promising to tax the richest Canadians.

Another variable that hasn’t been counted yet for the Libs is the youth vote. We don’t know what the turnout is among them yet, but it’s a segment that Trudeau targeted when he first became leader. Hundreds were attracted as volunteers to campaigns in the 905 where the Libs did well in Mississauga and Brampton.

What is clearer is that in the race to defeat Stephen Harper, Canadians overwhelmingly bought not only the Grits’ platform, but the less hyper-partisan tone of the Liberal message track. After a decade of Harper and a Conservative campaign based on wedge issues, it was the decisive issue.

Trudeau it could be said stole a page out of the late NDP leader Jack Layton’s playbook with his hope over fear push. Sound familiar? Trudeau used the line often during the campaign. One wonders what the result might have been for the NDP had Layton been alive and the one carrying that message.