Real Estate at the Opera House

All guitars and whimsy at sold-out show 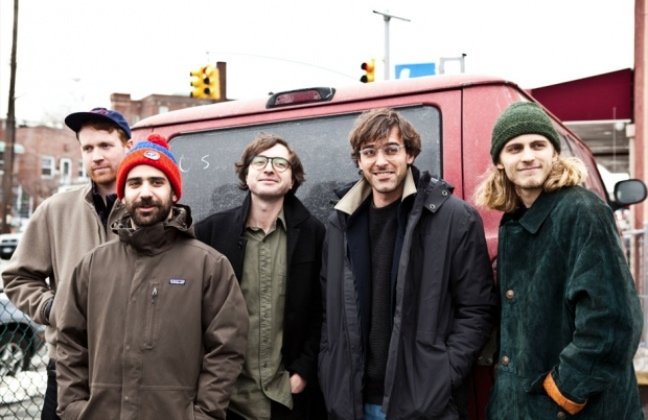 Before Real Estate came out for their sold-out show at the Opera House, a towering, clean-cut man walked onstage. It was Jay Onrait, the former SportsCentre broadcaster turned Fox Sports Live anchor turned self-proclaimed Real Estate groupie. With his booming voice he introduced each guy one by one – as if they were football stars – which proved funny once the five bespectacled dudes in casual sneakers appeared.

The Brooklyn via New Jersey band opened with a couple songs from their fantastic, just-released LP Atlas before cruising through older, timeless singles from their repertoire. The band’s hazy, sun-speckled sound was pretty much a facsimile of their records (even live the keyboards and drums are buried under layers of guitar). Lead vocalist Martin Courtney’s voice sounded crisper and more confident in concert, however, a bonus for anyone singing along.

While they weren’t afraid to indulge their jam-band spirit with instrumental extensions – which meandered between whimsical and psychedelic and boring – the band was most convincing playing hits like Easy, It’s Real and recent single, Talking Backwards.