NOW MagazineNewsReasonable Doubt: Why better access to justice is every Canadians issue

Reasonable Doubt: Why better access to justice is every Canadians issue 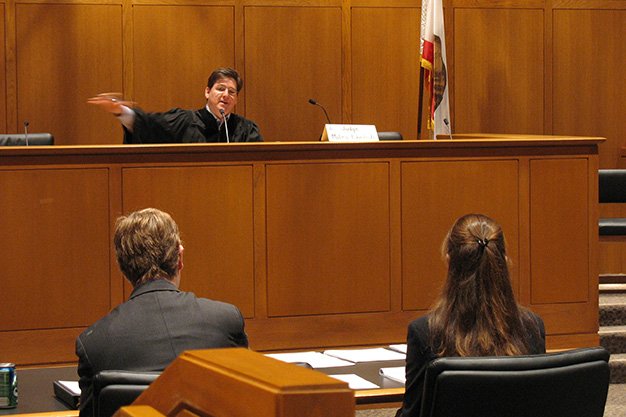 Note to readers: This week’s column comes from guest Dr. Julie Macfarlane, Project Director for the National Self-Represented Litigants Project and Distinguished University Professor and Professor of Law at the University of Windsor.

Canadians are increasingly concerned about the sad state of access to justice in our country and in particular, about their own access to affordable legal representation. This new column is testament to how much more attention is now being paid to this critical issue of social justice, and to the appetite of readers for discussion of legal issues that may affect them.

Whether you need a court order for support, have been fired from your job, are fighting with family members over a will, or you’re a business owner who cannot get a customer to pay a bill you are going to very quickly discover what access to justice 2016 looks like. Unfortunately, its is not pretty.

The chances are, if you have a legal dispute you will not be able to afford a lawyer to represent you throughout the process. Most Canadians (Americans, Brits, Australians the research is piling up) can no longer afford legal services. But hang on, don’t we have legal aid for that? Well yes, but only if you make less than welfare (in Ontario, that is just over $12,000 annually for a single person).

The reality is that if you do have a legal dispute you may become one of the more than 50 per cent of Canadians who go to family court this year without a lawyer (thats closer to 80 per cent in urban centres like Toronto), or the 30 to 40 per cent who will represent themselves in civil court. These are the numbers, and they are staggering.

So what can people who cannot afford the costs of full representation by a lawyer do to get help with their case? The answer to that question is complicated by three problems.

The first is that around 70 per cent of the legal services market is devoted to serving corporate and institutional clients, and that this is by far the fastest growing sector of the industry. Personal services (divorce, wills, contract disputes, personal injury and so on) are a small and ever-shrinking slice of the work that law school graduates will take on. Those lawyers who do offer family law and other personal services and many of those self-representing began with lawyers, then run out of money are routinely overstretched.

The result is that most of the legal services industry is not focused on personal clients, with the largest, most profitable and most influential law firms serving corporate and institutional clients. Which brings us to the second problem getting the wider legal profession to pay attention to the public crisis in access to affordable personal services.

However, things are starting to change. Last week, the National Self-Represented Litigants Project (www.representingyourselfcanada.com) (which I direct) launched a National Database of Professionals Assisting Self-Represented Litigants. More lawyers are creating services that are better suited for individuals who will be primarily self-represented. For example, some lawyers are offering unbundled legal services that offer a menu of limited services such as document review and court preparation, or online courses on law and procedure and even conflict coaching and strategizing. Some of these services are also being offered by paralegals (take a look at your local Craigslist). Some are even being offered gasp! by people with other professional skills and qualifications who see the opportunity for marketing their services counseling and support, editing, public speaking to the self-represented.

Because as anyone who has been a self-rep will tell you, learning about the law is just one aspect of the complex, emotional and stressful undertaking of going to court alone. The National Self-Represented Litigants Study conducted between 2011 and 2013 documented numerous personal accounts of the impact of this stress. This comment is typical: Every time I go to court I have to take time off work and there is overwhelming stress and trauma. Another interviewee colourfully described the uneven playing field when a self-represented litigant faces off against qualified legal counsel as Like going into a gunfight armed only with a knife.

But it would be naive and unfair to suggest that access to justice is just about the structure of legal services. Our justice system is a nightmare not only for the self-represented, but increasingly for those who work inside it as well. It is incredibly complex, procedurally archaic, extremely costly, formalistic and downright user-unfriendly. Pretty much everyone agrees it needs major overhaul for example, which matters should go to court? Which can be better dealt with by a tribunal or an administrative process? How might more cases be settled earlier avoiding a winner-take-all trial?

Which brings us to the third problem, which this column and its readers can help to address. Justice system reform in Canada neglects to consult the public. Justice system users are not included in the many policy think tanks that are emerging across Canada that are trying to figure out how to address the access to justice crisis via system change. Some examples are simplified court procedures, more alternatives to court in the form of mediation, faster processes in which judges play an active role in encouraging settlement. The experiences and needs of the public need to be a part of discussions over justice reforms.

Canadians need to tell their representatives that they care about access to justice issues because they affect many Canadians may and one day affect them directly. We won’t fix this crisis if we expect only the experts to create the answers and forget to consult and include those who will ultimately be most affected by the changes that have to come.

If you want to know more about the National Database of Professionals Assisting Self-Represented Litigants if you offer services and would like to find out how to be included or if you have been a self-represented litigant and are interested in our work at NSRLP and the resources we create for SRLs – please get in touch with us at: representingyourselfcanada@gmail.com

A word of caution: You should not act or rely on the information provided in this column. It is not legal advice. To ensure your interests are protected, retain or formally seek advice from a lawyer. Reasonable Doubt appears on Mondays. Professor Macfarlane tweets @ProfJulieMac.