NOW MagazineNewsReasonable Doubt: the history of gun control in Canada

Reasonable Doubt: the history of gun control in Canada

In Canada, you'll likely go to jail for at least three years if you have a gun without a licence. In most parts of the U.S., it's legal. 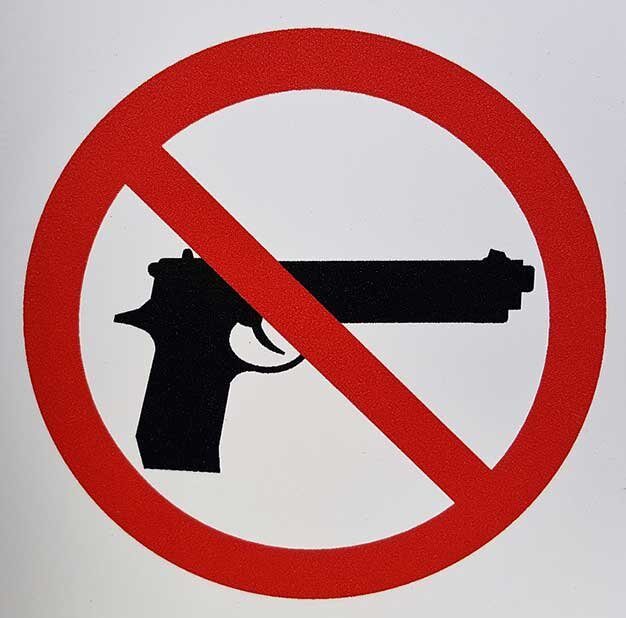 Just over two weeks ago, Omar Mateen opened fire in a Florida nightclub killing 49 people and wounding 53 others. Shootings like this have been occurring more frequently in the US, although this was the largest to date. Last Thursday, Democrats in the U.S. House of Representatives staged a 25-hour sit-in, hoping to draw attention and compel their Republican counterparts to advance a bill to limit the ability of individuals on “no-fly” lists due to alleged terror links to purchase firearms. Their efforts failed, at least for now. Given all the media attention that has been brought to what can aptly be described as a national emergency, it’s worth taking a look at how things are different north of the border.

From a Canadian perspective, there are absurdly few hurdles involved in purchasing a firearm in the US. Although it differs from state to state, you generally don’t require a license and, in some cases, you won’t even be subject to a background check. By contrast, Canadians seeking to purchase a firearm for the first time must generally: be 18 years of age, complete safety training, undergo background checks and investigations, complete a formal application with supporting documents, and wait a minimum of 28 days.

Up until 2015, any adult convicted for possession of a restricted or prohibited firearm without a valid licence and registration for that firearm would go to jail for at least three years. The change in the law came about by a peculiar chain of events which, in large part, began with a fellow by the name of Leroy Smickle. In the early hours of the morning on March 9, 2009, Mr. Smickle (who did not have a valid firearm licence) took a selfie while holding his cousin’s loaded handgun. By a miraculously unfortunate coincidence, the police chose the same moment to execute a search warrant of his cousin’s apartment. Mr. Smickle was found with the gun in his hand and he was arrested. Mr. Smickle was convicted after a trial. At his sentencing, his lawyers argued that the three-year mandatory minimum was unconstitutional due to it being cruel and unusual punishment. He ended up serving 69 days in jail, followed by five months’ strict house arrest. The Crown appealed the decision and lost on the main issue (the mandatory minimum sentence was struck down) but the court held that Mr. Smickle’s sentence was too low.

Meanwhile, Mr. Hussein Nur, who was convicted of the same offence, brought a similar argument before his trial judge, but he lost. He appealed to the Ontario Court of Appeal in 2013 and won. The Crown appealed to the Supreme Court of Canada and lost in 2015. Because this is the highest court in the country, the decision is binding nationwide.

Although the Supreme Court of Canada held that the three-year mandatory minimum is unconstitutional, they made quite clear that it would still be likely to apply to cases at the “true crime end” of the spectrum. The Court of Appeal describes this as people who have no valid purpose for possessing a firearm, are engaged in criminal conduct or conduct posing a danger to others.

So – to stand back for a second – this means that, in Canada, you are still likely to go to jail for a lengthy period of time for something that you can do in most parts of the U.S., freely and legally: possessing a firearm without a licence.

It may seem easy to cast off the U.S. gun debates as being a foreign problem, but it isn’t. According to the RCMP, as of 2006, 96 per cent of all seized firearms in Canada either originated in or were transported through the US. Therefore, any meaningful action on gun control in the US will inevitably have a consequence on gun crime in Canada. Although given the steadfast control of the NRA on American gun policy, it remains doubtful as to whether any such action will take place in the near future.