NOW MagazineNewsReasonable Doubt: Making A Murderer could it happen here?

Reasonable Doubt: Making A Murderer could it happen here?

Given the amount of discussion about the Netflix documentary, Making a Murderer, my column this week is a companion piece. 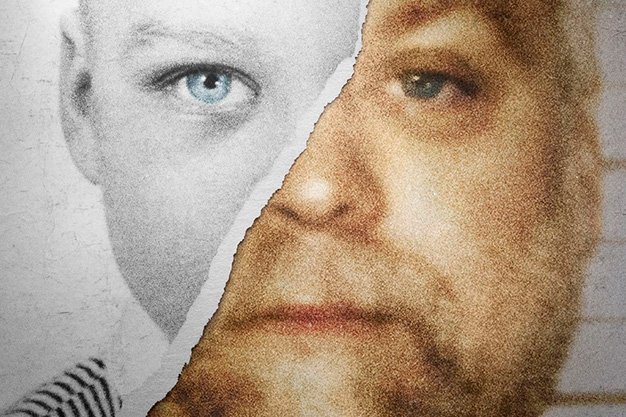 Given the amount of discussion about the Netflix documentary, Making a Murderer, my column this week is a companion piece to Joseph Fearons from last week. It is also a response to Michael Arntfields article in Wednesdays Globe and Mail, where he explained why it would be less likely for the Steve Avery case to have occurred in Canada. With great respect to Professor Arntfield, I disagree with the title of his article, which reads Rest easy: An unfair trial like Steve Averys wont happen in Canada.

In the piece, Arntfield refers to the steps taken by the justice system, both through judicial inquiries and developing case law, which are designed to provide safeguards against unfair trials and investigations. The efficacy of such protections, however, is only as good as their implementation. Like any criminal justice system, the effective implementation of procedural safeguards is not guaranteed in Canada and the possibility of wrongful conviction is ever-present.

In Canada, there have been seven inquiries arising from cases of wrongful conviction and systemic injustice, with a cumulative price tag of approximately $47.1 million. Most recently, the Goudge Inquiry examined the work of Dr. Charles Smith, who worked at SickKids Hospital in child death cases. Smith assumed murder where there was only tragedy. This contributed to the convictions of numerous caregivers and parents. He was stripped of his medical licence in 2011. The Goudge Report set out to reform the practice of pediatric forensic pathology to ensure that wrongful convictions like these never happen again.

Other inquiries, such as the Kaufman Report and the Sophonow Inquiry Report investigated individual wrongful convictions and created recommendations for the justice system arising out of the errors that occurred in those cases. These reports are a tribute to our justice system at its finest: identifying the cracks and frailties that result in miscarriages of justice with a view to education and prevention. The flipside of these triumphs is that they were created in response to massive failures by the justice system. Guy Paul Morin and Thomas Sophonow, the individuals who gave rise to these inquiries, spent years in jail for crimes they didnt commit.

Romeo Phillions case is a compelling example of wrongful conviction. On January 11, 1972, he was questioned about the homicide of a firefighter who had been stabbed in the heart five years earlier in Ottawa. He confessed to the crime, but his statement included several facts that the police knew were incorrect. Hours after making his confession, he retracted it. Neither he nor his lawyer had any idea that the police were in possession of alibi evidence, which put Phillion in Trenton, three hours away from where the homicide occurred. It was never disclosed and was only given to Phillion in 1998, 26 years after his arrest on the charge. He maintained his innocence the entire time, causing his parole to be denied repeatedly. He was not released from jail until 2003. In 2010, the Crown withdrew the charges against him. He passed away two months ago at the age of 76.

Unquestionably, Arntfield is correct to congratulate our system for its creation of the safeguards like those listed above. However, it is impossible to say that these immunize our legal system from the risk of wrongful arrest or conviction. The problem is that none of the recommendations that come out of these reports are binding. They are only recommendations.

The Association in Defence of the Wrongly Convicted (AIDWYC) is a non-profit organization devoted to identifying cases of wrongful conviction and righting them. The organization was founded in 1993 and has exonerated 20 innocent individuals who have, together, spent more than 190 years in prison for crimes they did not commit. No law guarantees that the wrongly convicted are compensated for their lost years. AIDWYC itself requires substantial funding to continue its record of success, surviving from grants and private donations. Further, the demand for AIDWYCs services has only increased over time.

Asked to comment on the prevalence of wrongful conviction in Canada, Caitlin Pakosh, case management counsel at AIDWYC wrote, Embracing a false belief of perfection ignores the fact that innocent people have been, and continue to be, wrongly convicted of crimes they did not commit. Some wrongful convictions have been rectified in this country but these successes do not give us license to become less aware and educated about a problem that is a reality for so many in this country.

Wrongful arrests and convictions do occur in Canada. Professor Arntfield wrote about the admonition of The Reid Technique in Manitoba and Alberta, but it is still used, even if it is discouraged. As I write this, there are individuals serving lengthy jail sentences for crimes they did not commit. False guilty pleas happen too innocent individuals often plead guilty in exchange for a lesser sentence in the hopes of returning to a normal life as quickly as possible. So, while the Canadian legal system is equipped with safeguards to prevent wrongful convictions, they happen. The problem with the reports from judicial inquiries is that they are only recommendations, even if they are very strong ones.

The differences between the legal systems and police forces in the United States and Canada are too multi-dimensional to say that wrongful convictions are more likely to occur in one country versus the other. Furthermore, each U.S. state has a different penal code, whereas the Canadian Criminal Code is the same in each province and territory.

The initiatives and organizations discussed above are not unique to Canada. Mercedes Montagnes is a lawyer at the Promise of Justice Initiative in New Orleans, Louisiana, a civil rights non-profit organization that works towards the abolition of the death penalty. She points out that, the fact that criminal law is dealt with state-by-state makes any large-scale reform difficult. In spite of this, several District Attorneys offices have set up conviction integrity offices with varying levels of success. Dallass Conviction Integrity Unit is an example of a highly successful office. Unfortunately, she notes, the success of these offices can be limited because of concerns by the State about being held liable for errors made within their legal systems.

The motto of the Toronto Police Service is to serve and protect. Within this mandate is a natural desire to ensure that someone is held responsible for a crime. Tunnel vision is where they focus in early on one suspect to the exclusion of others and fail to appropriately evaluate new, potentially exculpatory information as a result. Such noble cause corruption may be understandable, but it is dangerous. It is not an easy thing to legislate away. Decades of social science research have demonstrated that police investigations will inevitably be affected by prejudice, political will, the availability of resources and other factors that are far removed from ostensible core values of a police investigation.

Both police investigations and the court system are invariably human systems. They will always carry an element of human error. It is the responsibility of every actor within these systems to be mindful of the recommendations made by both case law as well as commissions such as the Kaufman and Sophonow inquiries. Making a Murderer could have happened in Canada. Although, in fairness to Professor Arntfield, it would be less likely for it to happen today than it would have 20 years ago. The stories of the wrongfully convicted in Canada are no less interesting and haunting than those of Steven Avery. They just havent been made into Netflix documentaries…yet.