Rebel Without A Cosmos 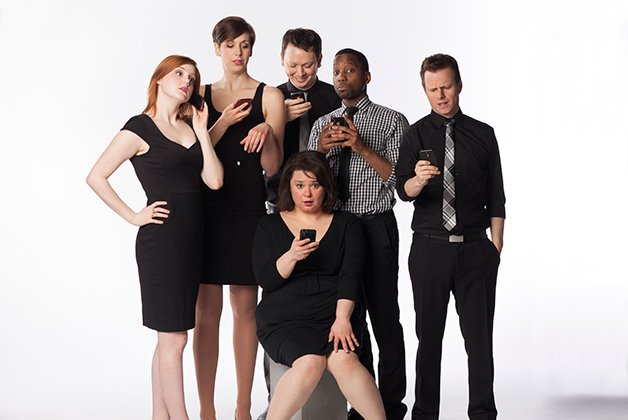 After the stratospheric success of Sixteen Scandals and We Can Be Heroes, Second City’s newest show is a bit more earthbound. Which is ironic, considering that the title is Rebel Without A Cosmos.

Chalk it up to the unofficial law of comedy physics – what goes up must come down? – or the fact that, with two new ensemble members, this is a transition show.

The revue, performed on Camellia Koo’s suitably out-of-this-world set, gets off to a promising start, lampooning the fact that everyone feels like the centre of the universe.

But what follows doesn’t pay off: an awkwardly staged and unfunny sketch about partying friends trying to outwit the RIDE program a tired scene about an arrogant Apple store employee (newcomer Etan Muskat) dealing with a confused iPhone owner (Kevin Whalen, another newbie) a pointless musical sequence about a yoga instructor (Allison Price) wanting to get closer to a student (Ashley Botting).

These and other sketches aren’t terrible, exactly, and the troupe performs them well, but the writing lacks polish. Hence the reliance on unnecessary accents and tics to get characters across.

Even so, a few bits stand out. Connor Thompson delivers a bravura performance as a mullet-wearing, seemingly dim layabout at an Owen Sound gas station who has a gift for giving directions – of all kinds. When this sketch gets called back, in the show’s single reference to the municipal election, it gets a huge response.

Thompson also scores as a children’s performer accidentally hired to sing at a Remembrance Day ceremony. Bonus: he gets to show off his wicked improv chops.

Botting, the other standout in this revue, has two big solos: one about the winner of Miss Average Canada honours (with shoutouts to middle-of-the-road brands like Jackson Triggs and Joe Fresh), the other a sweet and playful song addressed to our nation’s true hero, astronaut Chris Hadfield.

Another fine sketch takes the idea of the selfie to the next level.

But the problem with this revue, directed by SC alum Reid Janisse, can be summed up in two sketches about a group of social misfits in a Learning Annex class. The characters are types – the over-sharer! the close-talker! – rather than people.