In time for the year's biggest crate-digging day, we spoke to one of Toronto's most impressive collectors 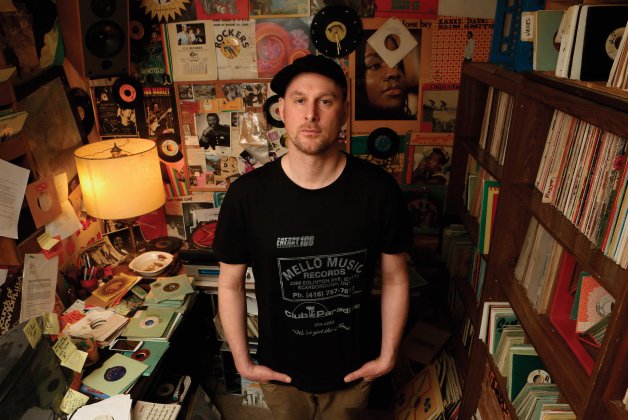 If you’re a serious stockpiler of rare records in Toronto, and especially if you have a taste for obscure reggae classics, you probably know Kevin Laverty. You might hate him because he refuses to cut you a deal on that West Indian disco oddity you’ve been searching for forever you might love him because he was able to track it down for you. You don’t find him DJing around town too often any more, but that hasn’t slowed his record dealer business. When he’s not shipping vintage vinyl around the world to buyers who contact him through his discogs page (discogs.com/seller/soulment), you can find him at Henry’s Records (130 Shorting, 416-297-5585), hidden in the depths of a Scarborough industrial park.

Since his interests are in dusty old records, Laverty doesn’t get too excited about the limited-edition discs that flood independent shops for Record Store Day. He’s well aware, however, that they help lure new people into the vinyl addict world, fuelling collector culture. We visited Laverty at his Scarborough home (a veritable vinyl museum) and got the lowdown on his world-renowned collection.

First record you ever bought:

Most recent treasure you found:

I picked up a reissue of Beautiful Day, by Spider Harrison. The original is, like $1,200, so I don’t think there’s a high likelihood of my ever finding it.

Just Don’t Love You, by the Carbon Copies, which sells in the healthy four figures.

If you count everything in the storage locker, my personal collection and all the stuff I have for sale, probably around 30,000.

What record are you still searching for?

I don’t have a “want list.” I’m just looking for a dope record that I’ve never heard before.

Is the vinyl resurgence a myth?

No, I definitely do see a lot more younger people interested in vinyl now when I’m out at the record fairs.

Do reissues hurt or help the crate-digger scene?

I’d say it’s half and half. Some of the new collectors will just keep buying reissues, but the other half get introduced to the market that way, and it’s more of an educational thing.

How did you get into selling records?

I could see money-making opportunities. I remember my friend had a copy of Audio Two’s Top Billin’, and he was the only guy in town with one. Other sound crews were offering him $150 for it because no one else had it. That really turned a light bulb on for me. Also, dealing records was a way of getting things I wanted that I couldn’t buy. There are certain high-end records you can only get through barter. Nobody really sells those records, so you need something to trade. The real high-end dealers basically smoke their own product and just want to get more stuff for themselves.