>>> Red Star Tattoo: My Life as a Girl Revolutionary 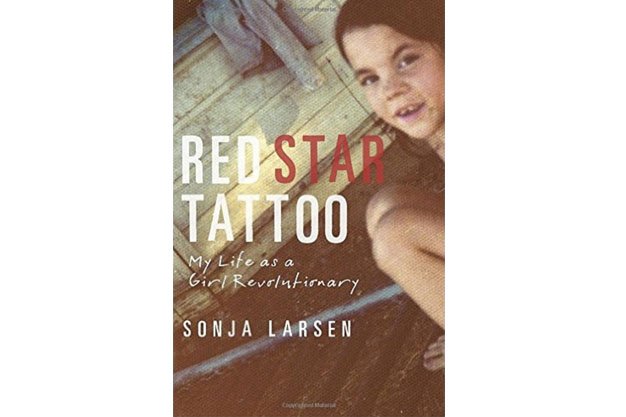 In an era when memoir is less and less credible (see James Frey and Rich Terfry), who can rely on any author’s recollections?

On its surface, Sonja Larsen’s Red Star Tattoo is weird to the point where it’s almost unbelievable. A 16-year-old brought up by hippie parents winds up in a revolutionary commune in Brooklyn – possible, for sure. But this org, operating in the early 80s and led by a charismatic character called the Old Man, is expertly run, has a cache of guns, is funded by it’s-not-clear-who and operates without anybody, let alone the FBI, noticing.

But what conquers incredulity in this instance is the extent to which Larsen’s story – told with astonishing candour – becomes a primer on how a young girl becomes the perfect target for predators.

Her well-meaning but feckless parents never gave her an ethical framework – her mother eventually allowed that she knew her boyfriend was molesting Sonja – except when it came to radical social change. That, they knew, was important.

So after bouncing from her dad’s home in Montreal to her mother’s California commune, Larsen winds up at the National Labor Federation in Brooklyn, working 16 hours a day to prove herself. She’s called down to the Old Man’s basement digs to talk politics and soon to have sex with him, all the while continuing to believe the revolution will happen on a commune-approved date in February.

A crucial incident when the Old Man makes her fry an egg seven times makes it obvious that socialism is not trumping hierarchy here. Eventually, he dumps her for a series of progressively younger women.

But Sonja stays on. She does have true revolutionary fervour, and she also wants to be loved at all costs.

This is an engrossing memoir detailing the art of grotesque seduction, told with occasionally stunning skill – she likens the revolution to a sun that lit up every corner of her life but which she could never look at directly – and unusual honesty.