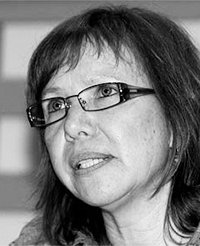 The purpose of the Rendezvous With Madness Film Festival is simple: to showcase films about mental health and addiction in order to get people talking about those issues. The 2014 edition is a strong one.

Lou Howes Gabriel (Tuesday, November 11, 6:30 pm rating: NNN) features an electric performance by Rory Culkin the one from Signs as a disturbed young man obsessed with reconnecting with a childhood girlfriend.

Dont Leave Me (November 13, 6:30 pm rating: NNNN) was one of my biggest discoveries at Hot Docs this spring under its original title, Ne Me Quitte Pas. Its a devastating documentary about two Belgian binge drinkers whose dynamic starts to fray when one of them decides to sober up and the other refuses.

The festival closes with Stray Dog (November 15, 7:30 pm rating: NNNN), a documentary by Debra Granik about a Missouri man named Ron Hall. A Vietnam veteran and biker, hes the very image of the American outsider which is why the filmmaker cast Hall in a small role in Winters Bone but hes far more complex than that image, and Graniks deeply sympathetic portrait burrows into his life, his causes and the ongoing marginalization of veterans in America.

Oh, and the festival has asked me to return as moderator for its shorts panel (November 13, 9:30 pm), and theres some good stuff lined up for that, including the fascinating Aurora-tone Project, a selection of abstract musical shorts inspired by a Second World War therapy technique for PTSD.