Vancouver-based online service is a boon to landlords, but does it actually help tenants? 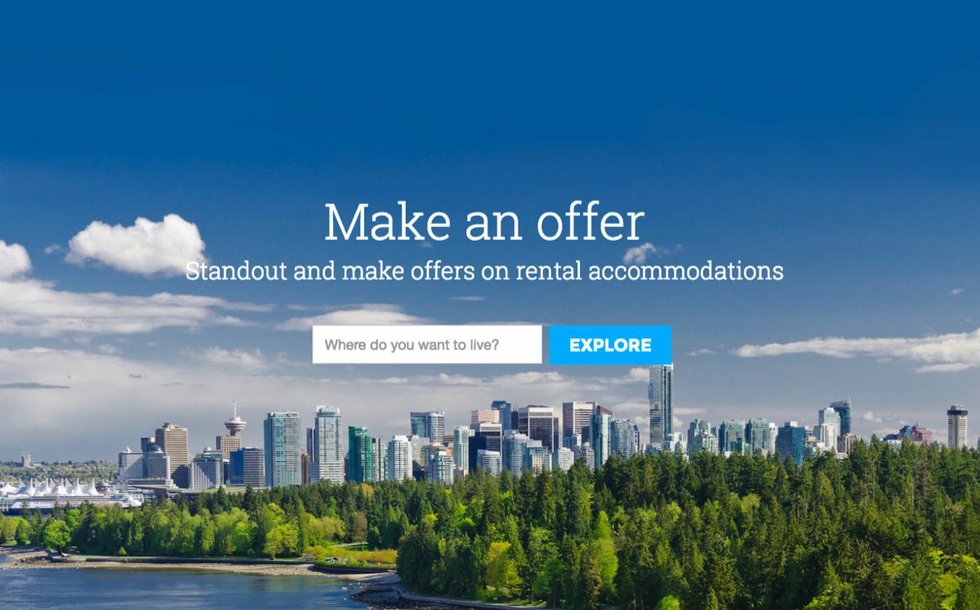 A screen shot of Biddwell.com.

Does a bidding war for rentals sound like a good idea to you?

Biddwell, an online apartment rental service based in Vancouver targeting both tenants and landlords, has expanded to Toronto.

To use the service, which has gained over 1,000 members since going live two months ago, prospective tenants upload a resumé that facilitate the screening process for landlords and allows the renters to search, apply to and negotiate on available properties.

It works in a similar way to those shopping websites where buyers must bid within a specific time frame. Prospective tenants bid on units, and the landlord selects the highest bidder. Landlords can also put prospective tenants on a wait list.

According to Jordan Lewis, Biddwell’s CEO, the app was created out of the frustration he experienced both as a homeowner and a tenant.

“Biddwell’s purpose is to disrupt the current rental market by providing tenants the ability to negotiate directly with landlords and to establish rental rates at fair market value.

“It also provides landlords access to a pre-screened tenant pool and, for the first time, the ability to negotiate with tenants on rental rates, while greatly reducing the cost of new tenant acquisition,” says Lewis.

“As a landlord, I was consumed with having to screen potential tenants, and I always found it incredibly difficult to price my unit. I also found that go-to sources for comparable properties often presented misleading prices.”

Biddwell’s twist other online rental services can disadvantage tenants on a tight budget.

“Vancouver already has a reputation for being elitist. This would solidify that theory instead of giving chances to quality tenants,” says Oh. “As a landlord, it makes capitalizing on a staggeringly low vacancy rate very easy. This service just favours the landlord. It’s ludicrous from a renter’s perspective.”

But some users see Biddwell as a valuable time-saver. Through Biddwell’s online services, everything is digital and can be done in the comfort of your own home. Users’ uploaded resumés remain on file, eliminating the lengthy process of screening potential tenants.

“Presenting a renter resumé addresses a lot of the questions landlords may ask,” says Witham-Strand. “Since the whole process is digital, it makes the experience easy and clear without having to run around the city with applications or take time off work to sign a lease.”

As on many sites that offer the ability to bid, bidding wars often arise that lead to conflicts between tenants and landlords.

Robert Carl, a Vancouver native whose friends and family have tried home-hunting through Biddwell, feels it’s a biased system.

“Bidding wars to increase rents are not a good idea,” Carl says. “Unlike wealthy elites, those with average incomes are finding rental prices unaffordable.”

Although Biddwell is currently only available in Vancouver and Toronto, Lewis says the company has plans to expand to San Francisco and New York  City in 2017.