NOW MagazineMovies & TVReviewsResident Evil: The Final Chapter had better be the end of it

Resident Evil: The Final Chapter had better be the end of it

The sixth film in the zombie franchise says it's the last. Here's hoping. 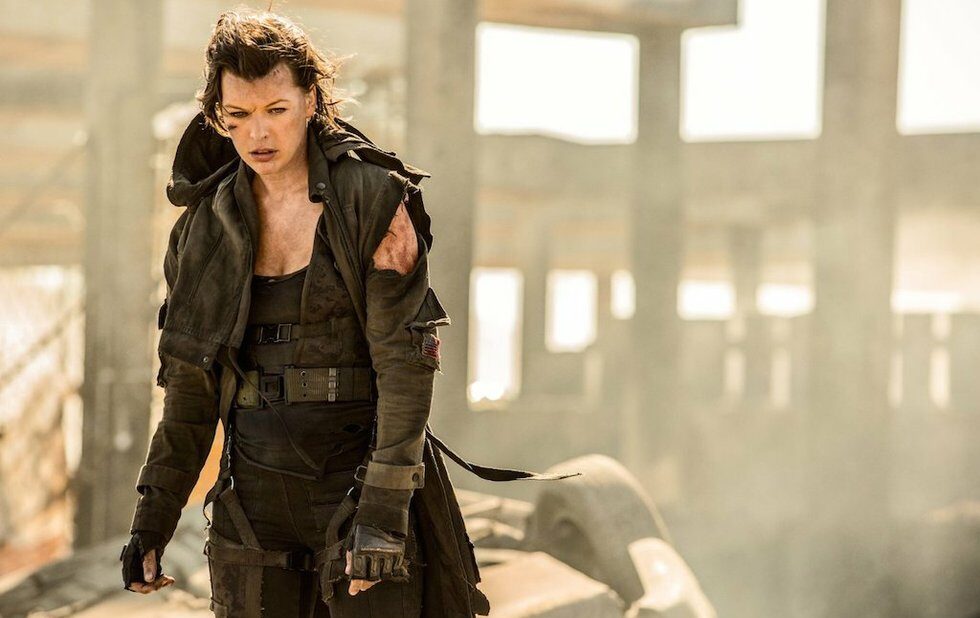 Look, if you’ve been following along with the Resident Evil franchise this long, you know what you’re going to get.

There’s gonna be a post-apocalyptic wasteland, as established over five previous movies in which the nefarious T-virus, engineered by the even more nefarious Umbrella Corporation, escaped a containment facility and overran the world.

Milla Jovovich will be there as the amnesiac super-agent Alice, running and jumping and kicking her way through the zombie hordes while the remaining Umbrella operatives try to kill her, because they’re evil.

Also there will be a handful of survivors around to help Alice on her latest quest, because otherwise it’d just be Milla Jovovich acting against a green-screen for two hours and that’s really expensive.

The difference in The Final Chapter, we are led to believe, is that this is the end of the road. Lured to Washington D.C. – which is crawling with zombies, so many zombies, you won’t believe how many zombies, people are talking about how many zombies there are, like a million and a half – by her longtime enemy the Red Queen (Ever Anderson), Alice is given a mission to save the world.

She must make her way to The Hive, the secret facility in Raccoon City where the T-virus was first released, and find an airborne antidote to the T-virus that will wipe out anything that carries it.

The thing is, Alice herself was infected with the T-virus a couple of movies back, so this is a straight-up suicide mission. But hey, the Resident Evil series is nothing if not nihilistic, so off she goes – and so does the movie, unleashing an hour and a half of CG-augmented motorcycle revving, bloodletting, zombie-pulping and monster-shooting – everything its fans have demonstrated they love, but of which Paul W.S. Anderson (who’s directed four of these the movies, and written all six) seems awfully tired.

I’m tired too. It’s easy to crap on the Underworld franchise because those movies were always dumb as dirt, but the Resident Evil series got off to a good start way back when, packing a slick little riff on George A. Romero’s Day Of The Dead into a nifty setting. Since then, though, they’ve gotten somehow both dopey and self-serious, with Jovovich and her co-stars gritting their teeth or sneering at each other while yelling about conspiracies and twists that will either be retconned in the next movie or ignored outright.

Resident Evil: The Final Chapter has exactly one impressive effect, which uses digital 3D to pull a cool perspective shift on the audience, and one inventive plot twist — which is a shameless lift from Paul Verhoeven’s RoboCop. After 15 years and six movies, I think we can be justified in our disappointment.