Meditation alters the circuits, mainly the negative ones 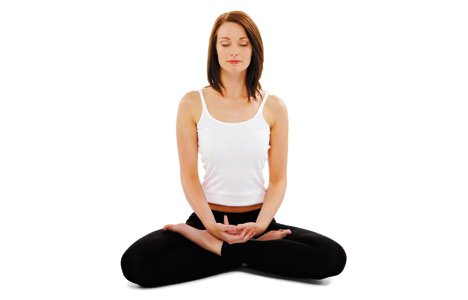 If you’re anything like me, you really think you should be meditating, and you’re, uh, gonna start tomorrow. Well, we probably should be practising this structured way of calming the mind, because there’s burgeoning scientific evidence that it makes us smarter, nicer, more attentive and healthier.

There are many different types of meditation and many ways of achieving the intended state – so choose mindfully.

One thing’s for sure: it’s not going to hurt you.

“The regular practice of meditation can lead to alterations in brain circuits that are important for the regulation of attention and emotion. Those are associated with improvements in well-being, decreases in certain kinds of negative or afflictive emotions and also changes in biology that may be important for health. In our study of Tibetan monks, we measured gamma oscillations, high-frequency activity in a range of 40 cycles per second that is very important for attention and learning. There are many varieties of meditation, and they don’t all produce the same effects. They affect different neural circuits.”

RICHARD DAVIDSON, William James and Vilas professor of psychology and psychiatry, U of Wisconsin, Madison

“We found that several regions of the brain were larger in the meditators. We put people through an eight-week class on mindfulness-based stress reduction and found that the brain grew in specific regions, like the posterior cingulate, which is involved with self-referential processing. Another was the hippocampus, involved in learning and memory. The amygdala got smaller, which correlates with a decrease in stress. This was mindfulness meditation there might be similar changes with other types of meditation, such as transcendental or more devotional forms, but we don’t know.”

“By merely changing your relationship to an experience, you find the experience changes. Sometimes you can’t get rid of pain, but you can dramatically reduce suffering or elevate fulfilment by cultivating a particular relationship to sensory experience. Mindful awareness helps cultivate three skills: concentration power, sensory clarity and equanimity. Those three working together elevate pleasure, diminish pain, help an understanding of oneself, make positive behaviour changes and ultimately be a source of benefit to one’s fellow beings.”

“Experienced meditators have more gamma wave activity. Those brain waves seem to spread and integrate far-flung regions of the brain. That’s associated with the experience people have of what’s traditionally called unification of awareness, rather than the common experience of feeling out of touch with oneself. People who do not meditate experience normal cortical thinning due to aging. Lazar and her colleagues found that people who routinely meditated preserved the thickness of their cortices in the insula and the prefrontal areas that control attention. Because they used it, they did not lose it. Meditation is associated with activation of the left prefrontal cortex, which is associated with positive mood.”