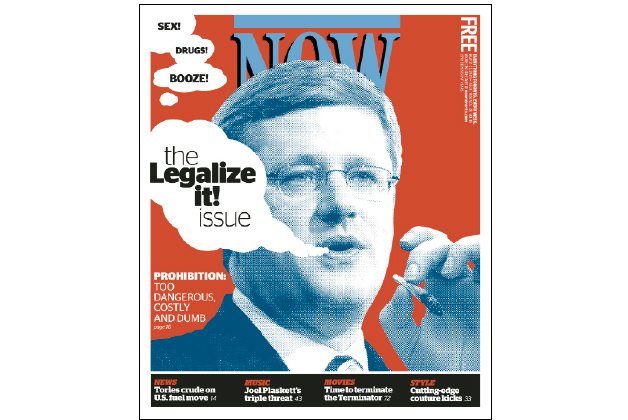 What a long, strange trip it’s been since Prime Minister Stephen Harper graced the cover of our Legalize It! issue on drugs, prostitution and drinking laws on May 21, 2009. Since then, prostitution laws have been deemed unconstitutional and booze laws have loosened some. But on the marijuana question, we don’t seem any closer to the promised land of legalization, despite a number of key court decisions and a dramatic change in public attitudes. In fact, penalties for simple pot possession are more hardcore than they’ve ever been. The HarperCons are now making noises about allowing cops to ticket for possession of small amounts of weed. But that just might make cops more inclined to fine people if they don’t have to go to court to defend the charges.

On the medpot front, changes to access rules that went into effect this month may make it more difficult for patients to get their medicine at affordable prices, because the government has turned over all production licences to a dozen large growers. Individuals who used to hold the licences – and have become experts in the art of growing – have been told to destroy their weed or face the consequences. If all this is blowing your mind, you’re not alone.