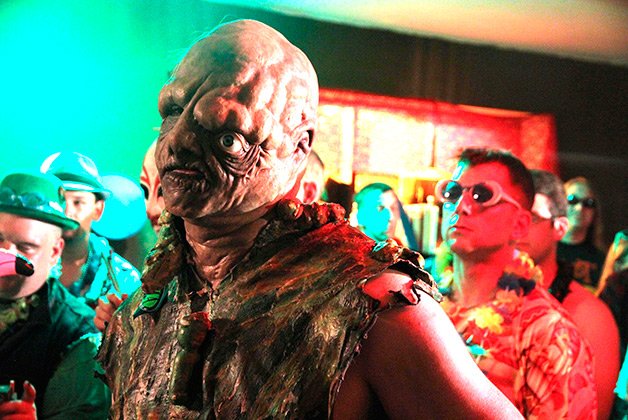 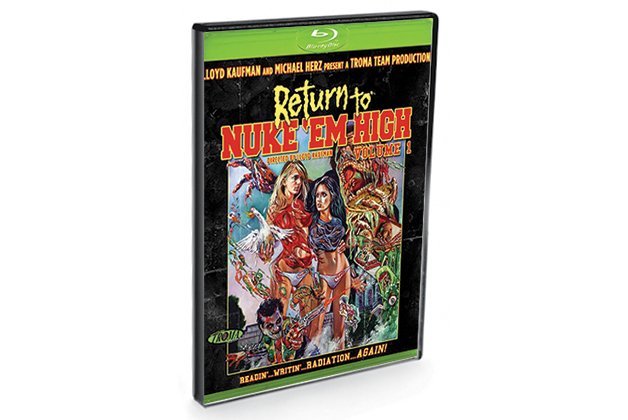 Return To Nuke ‘Em High: Volume 1’s five-N rating is strictly for fans of director Lloyd Kaufman, the brains behind such trash classics as The Toxic Avenger and Tromeo And Juliet. If you know the name, you know what you’re getting: sex and violence, stupid jokes, smart jokes, preposterous gross-outs, bad acting, good acting, the cheesiest effects and high-energy glee.

A remake/updated sequel to Troma Entertainment’s 1986 Class Of Nuke ‘Em High, Return swaps tainted food for nuclear waste to turn its teens into slime-spewing psychos and sets up a pair of young girls in love (Asta Paredes and Catherine Corcoran) as the heroes. They’re cute and likeable, but the star performance is by Babette Bombshell, who does a killer Richard Nixon as the school principal.

The commentaries and making-of docs have the same homemade feel as the movie and feature good-natured grousing about the wretched working conditions and useful tips for aspiring filmmakers.