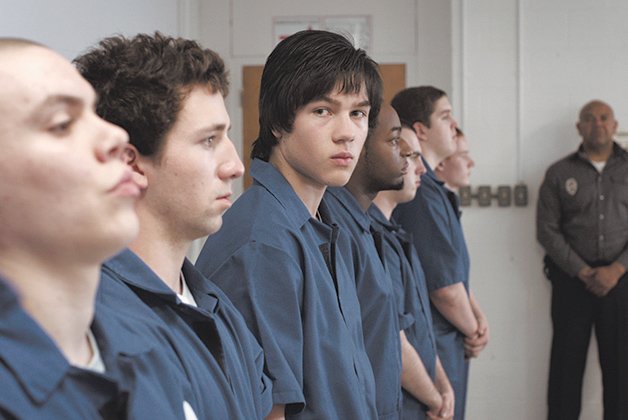 A woman confronts her former lover after a 15-year separation. Sounds like the scenario of any of a number of stories, but there’s something different about David Harrowers Blackbird: at the time of their three-month affair, the man was 40 and his partner was 12.

Now Una (Sarah Booth) has seen a photo of Ray (David Ferry), whos spent time in jail and, trying to invent a new life for himself, has moved away and changed his name. She arrives at the factory where he works to challenge him and perhaps exact some kind of revenge.

But Harrower plays out this meeting in a complex way. Hes subtitled the script a love story, and as the two reveal their own perspectives on what they meant to each other, what happened between them and what they went through separately in the intervening years, we witness a seesawing, power-shifting relationship.

Ferry, who also directs, stages the show in a space that has the feel of a warehouse back room. The audience’s proximity to the action accentuates the characters anger, fear and need. We cant escape the high feeling in this room even a whisper has the effect of a trumpeted statement.

Ferry’s Ray shifts from shock and embarrassment to uncertainty and anger. Best of all, he suggests that under the surface hes trying to untangle an emotional knot that ties together both his ongoing feelings for her he affirms that he loved Una and was not an abusive, sick bastard and a wish to move on with his life.

Booths Una is more covert about her plans and what she ultimately wants from their meeting. Alternately flirtatious, berating, bitter and even occasionally maternal, she flips from affection-starved youngster to superior judge of her former partner.

The productions best scenes are the dovetailing memories of their final seaside meeting, each character revealing a blend of desire, need and desperation. Harrower doesnt judge these two, though a surprise near the end suggests another reading of the situation.

Ferrys simple design is also fine. Notice the small but important No Means No poster about sexual harassment near the door, and watch how the carefully placed desk and floor lamps sometimes cast half shadows over the two to elevate a scenes mood.

Blackbird weaves together sex and love in an unusually thorny, potent manner. Dont look for a comfortable resolution to this dramatic confrontation.