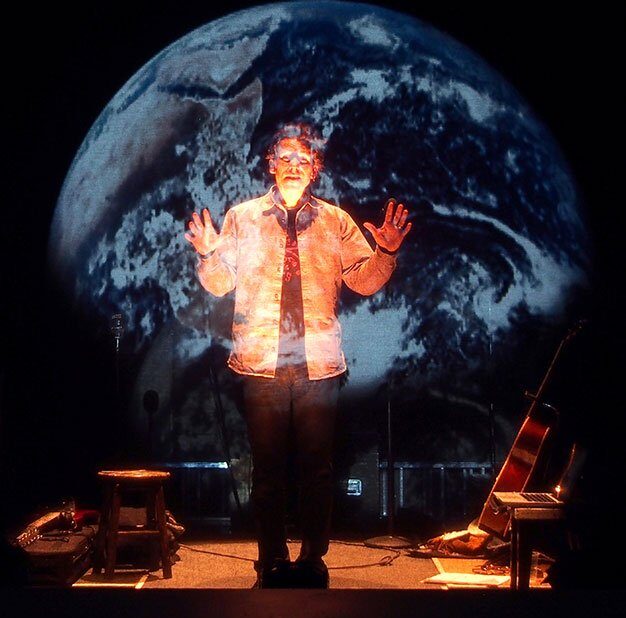 Rick Miller is one of the countrys most gifted, versatile artists, and thats on display in BOOM, his 100-minute journey through a quarter century in the lives of three people from the baby boom generation. Something in the structure and execution prevents it from soaring, however.

Focusing on three people an Austrian emigre named Rudi, an African-American man named Laurence, and his own mother, Maddie Miller talks, walks and sings us through each year from 1945, when one boom happened (the atomic bomb), to 1969, when another occurred (the Apollo 11 launch).

In between, of course, there were plenty of explosive changes: in music, from the crooners to rock ‘n’ roll in politics, from postwar prosperity to Cold War paranoia and in culture, from conformity and regimentation to rebellion.

Millers attempt to cram every significant event, person and campy TV commercial into the show soon becomes exhausting, however, and its not clear where hes heading.

His impressions of everyone from Winston Churchill to Janis Joplin are amusing, though, and the shows brilliant, layered design by Yannik Larivee (set, costumes, props) and David Leclerc (projections) allows us to experience several things at once. At times we see a projected image of someone famous, see Miller behind a screen mimicking him or her and simultaneously read information about an entirely different event on that screen as on a stock market ticker.

The effect is like a sped-up version of a Ken Burns documentary, but with Miller doing all the voices: fun and informative, but gimmicky. Whats lacking is any synthesis of the information. And theres a touch of pandering to a receptive audience that wants to see a show about the greatest hits of their well-documented lives.

Millers added an intermission around the 1960 mark, which helps let the information settle and breathe. And the second halfs revelations (no spoilers, but try to avoid reading the program) are particularly resonant, especially a sequence that ties the three characters together as Miller does Joni Mitchell singing The Circle Game.