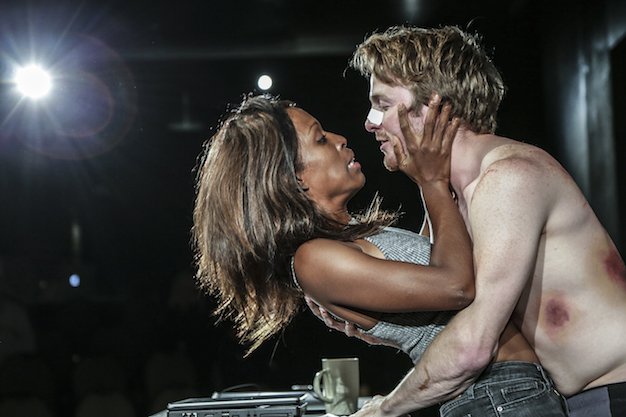 No matter how contented as we may be, disappointment, pain and death lie just around the corner in our frail human lives.

That idea sits at the centre of Laura Wades Breathing Corpses, but the cleverly structured script is far from depressing. The five scenes that move forward and backward in time offer viewers a mystery to solve like pieces of a jigsaw puzzle, they allow us by the final curtain to see a pattern connecting this quartet of tales.

Amy (Erin Humphry), a London hotel chambermaid, discovers a body in the room shes about to clean. Its the second time shes come upon a corpse, and her manager has dubbed her the angel of death.

To give away more would reveal spoilers, but viewers eventually realize the links between the seemingly disparate narratives.

Under David Ferrys expert direction, tuned to the mood of each scene, the ensemble cast sharply define their characters. Theres some bizarre comedy at the start as Amy has a one-sided conversation with the corpse, offering it comfort and a foot massage, followed by some vicious interactions in the plays middle and a sinister, worrisome tone by the final scene.

The standout moments involve the two couples. Thompsons Elaine is ultimately heartbreaking as a lonely empty-nester who craves company and covers that need with constant patter, looking to Williss ordered, organized Jim for comfort. In the most electric of the episodes, Nelson and Sutherlands lovers define their relationship through feelings and actions that have nothing to do with tenderness. Nelson combines anger and despair in her driven Kate, while Sutherlands initially naive Ben reveals the fury he has suppressed for too long.

Seeking a striking theatrical experience? Breathing Corpses will both surprise and unsettle you.