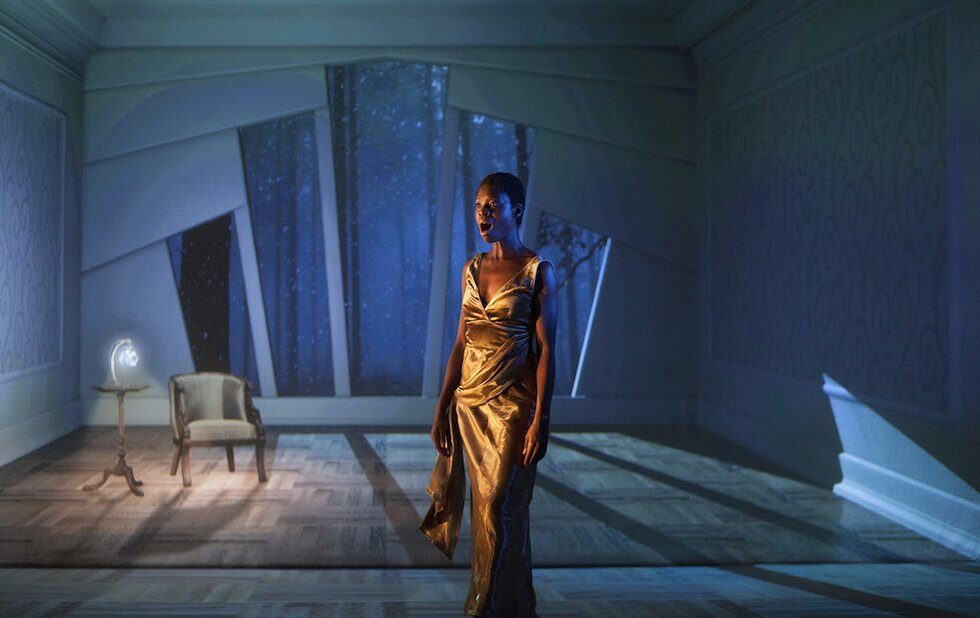 Forget about Around The World In 80 Days. In the new piece shes created with director Ross Manson and choreographer Kate Alton, soprano Neema Bickersteth travels Across The Century In 60 Minutes.

Accompanied by pianist Gregory Oh and percussionist Debashis Sinha (who both also occasionally act as Foley artists), the versatile Bickersteth transforms herself into dozens of African-American women, from a Civil War era slave in a humble room and a glamorous Josephine Baker type figure in a shimmering gown lounging in an art deco penthouse to a T-shirt-clad Beat figure.

Bickersteth achieves these incarnations not just through Charlotte Dean‘s evocative period-specific costumes, but also through a series of wordless songs that span a century, from Rachmaninoffs haunting Vocalise (written in 1915) to Reza Jacobss Vocalise For Neema, penned in 2014.

In addition, brilliant projections by Germanys fettFilm (Momme Hinrichs and Torge Mller) provide an atmospheric, ever-changing visual backdrop. The works centerpiece is a pop art-inspired sequence covering the 1950s to 70s in which Bickersteth morphs on the screen into various archetypes, from happy homemaker to 60s radical. The moment when all of these archetypes step forward to look out at the (very much alive and onstage) Bickersteth is thrilling.

So too is her range. Not only does she have to change multiple times (the transformations, thanks to director Manson, are seamless), but she has to capture a womans essence vocally and in movement all without any words.

The pace never slackens. Even a seemingly minor moment as when Bickersteth tosses away a corset and smiles, finally free is pregnant with meaning and significance.

And Alton’s choreography provides another journey. The climactic scene in which Bickersteth is a modern-day businesswoman on the roof of a skyscraper hurtling through a stormy cityscape says a lot about the complexities of contemporary life.

Century Song is an unforgettable multimedia journey, and a must-see at the current Progress Festival.