More of a visceral thrill than a sonic one 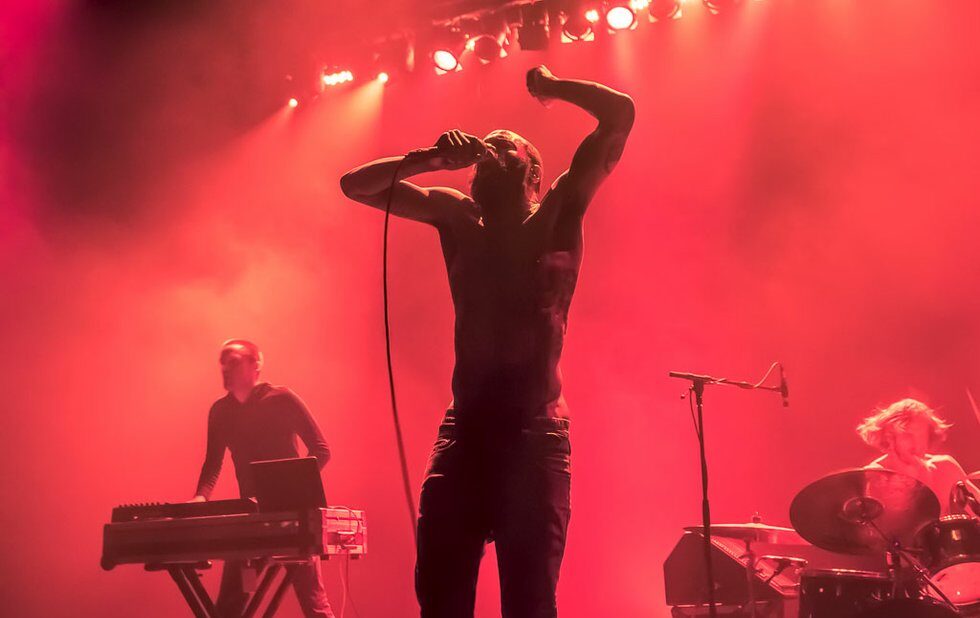 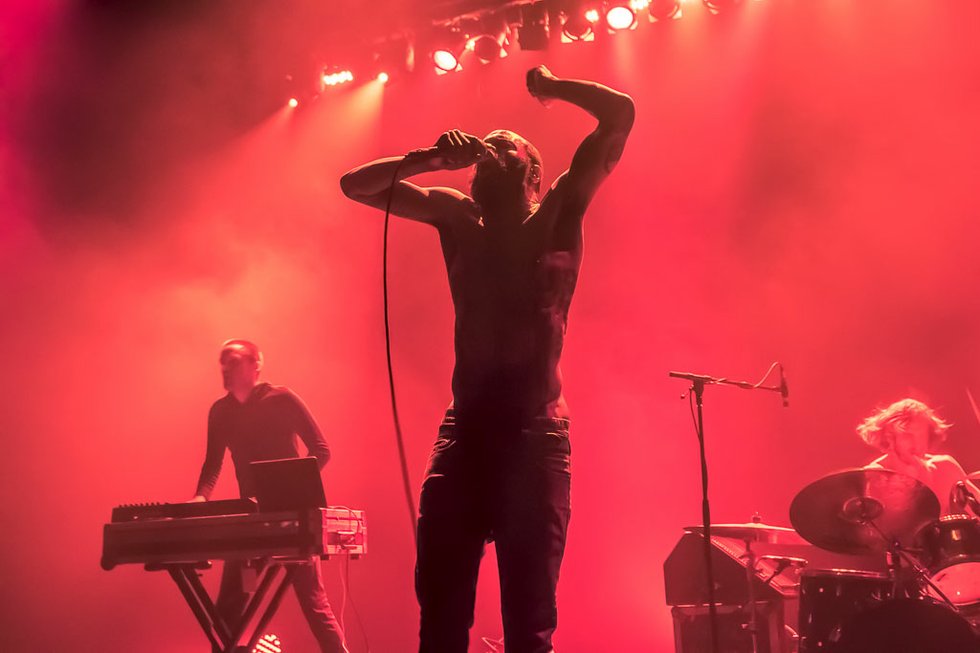 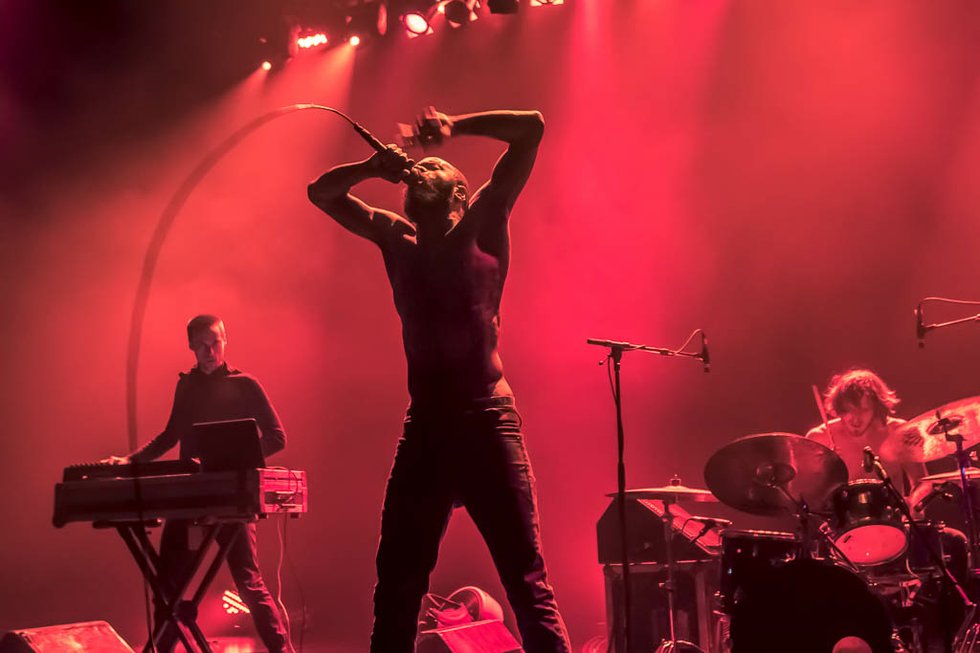 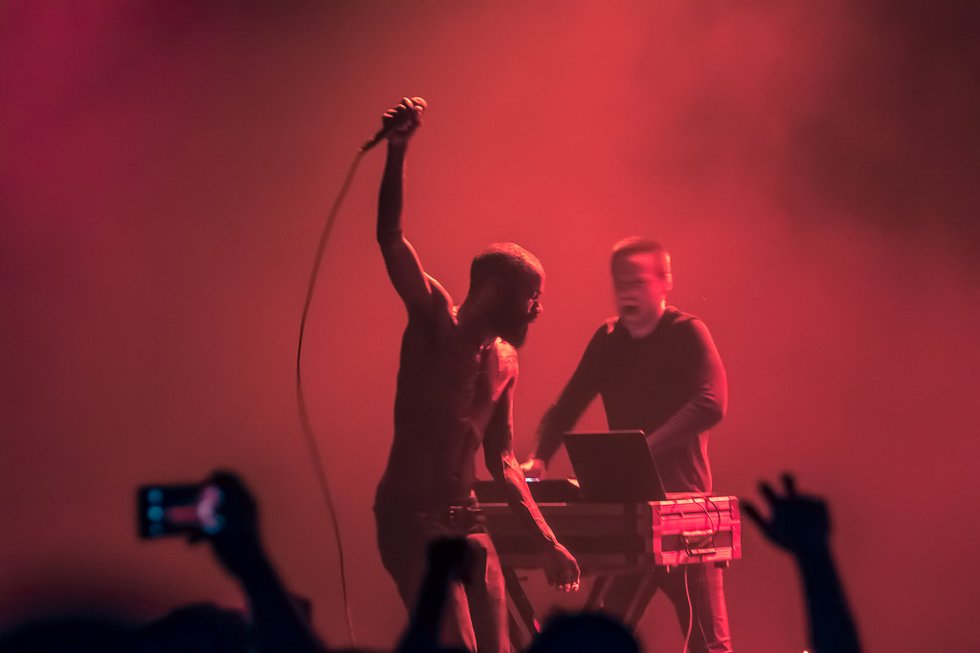 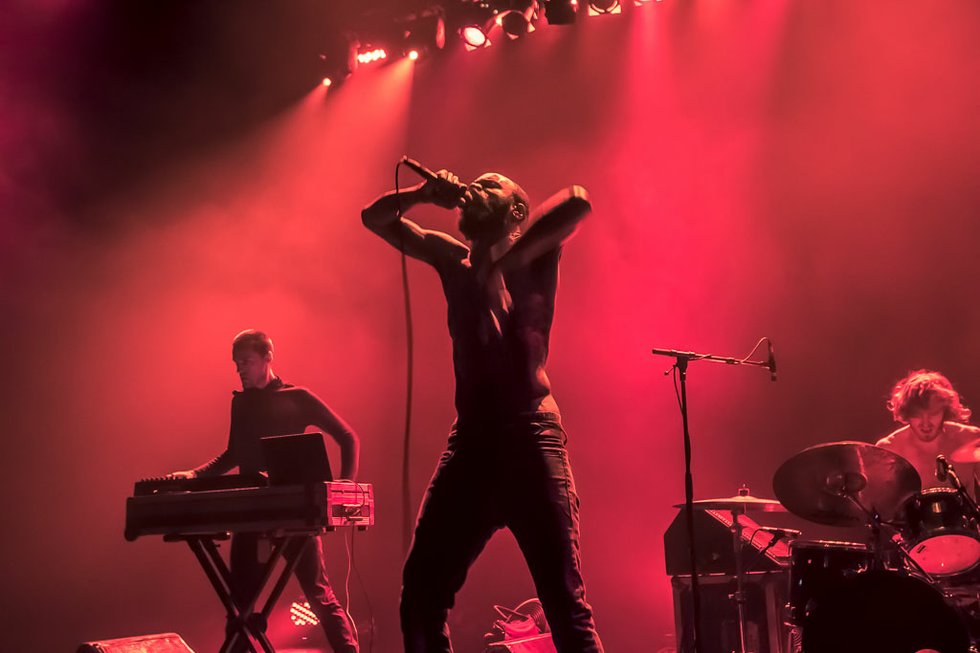 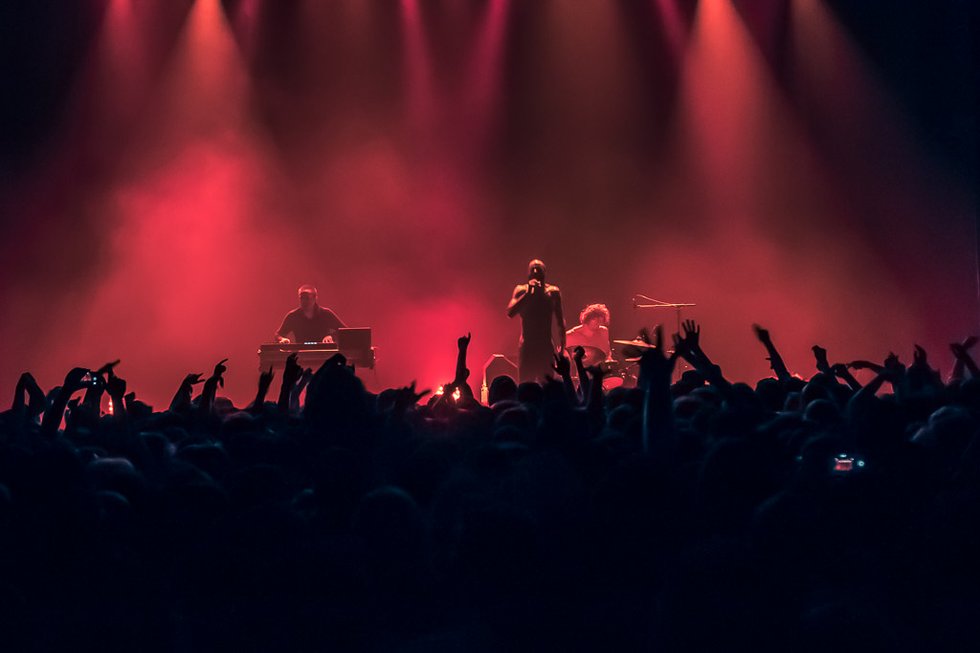 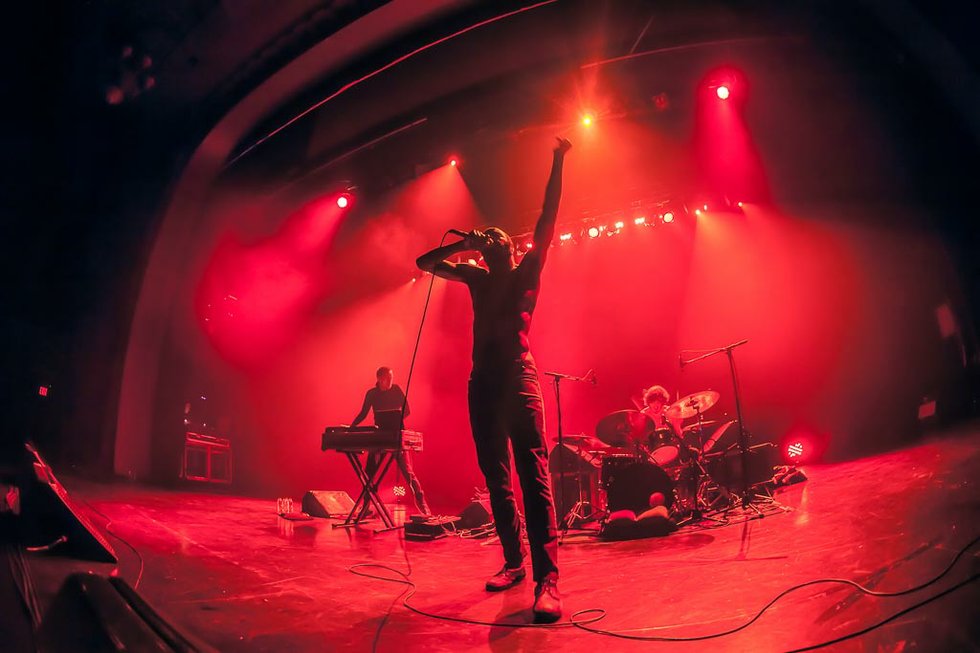 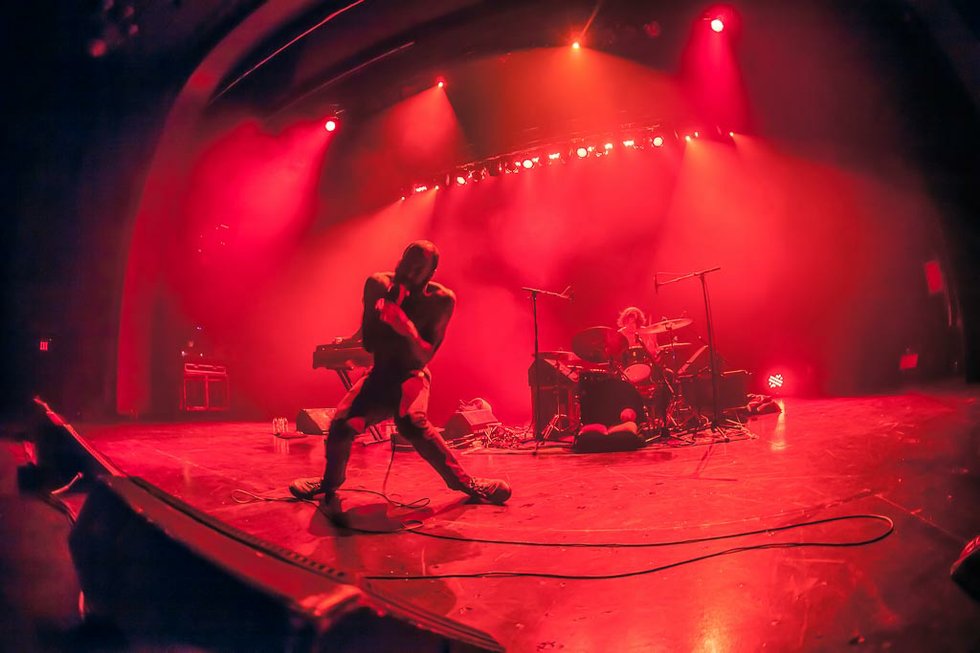 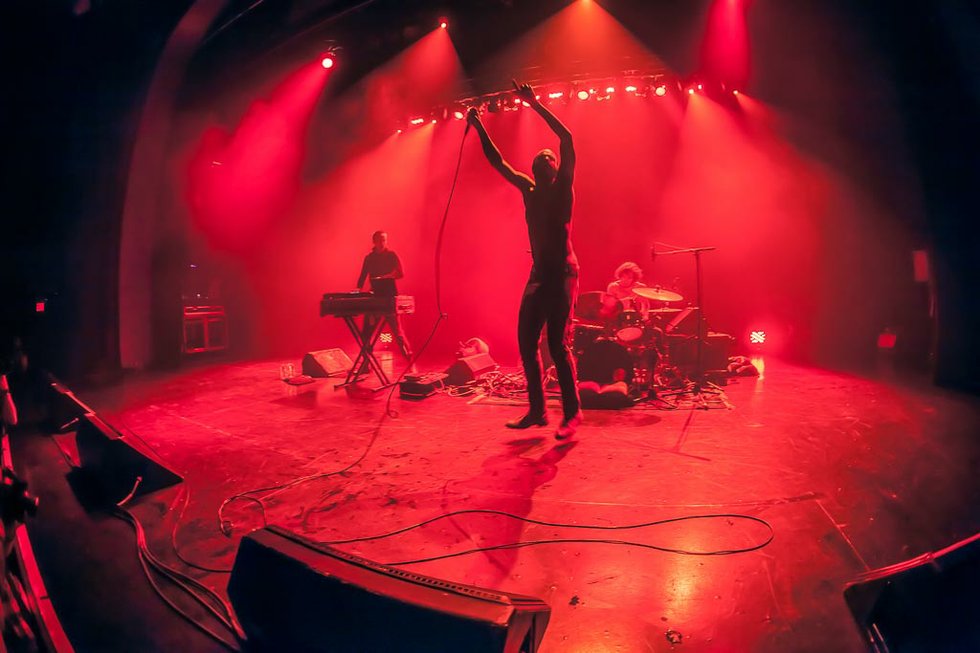 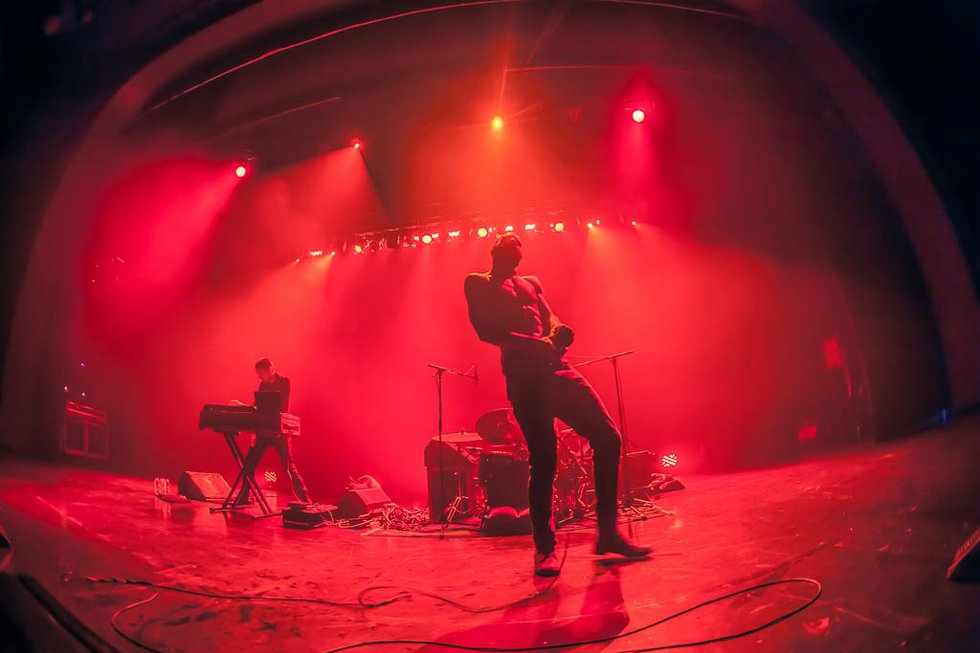 It’s ironic that Death Grips have a reputation for mystery and unreliability because what they do onstage couldn’t be more straightforward.

The self-proclaimed “conceptual art exhibition” from Sacramento spent the past two years cancelling gigs, breaking up and releasing music including a double album, half of which comprised glitchy, attention-deficient instrumentals that heavily sampled Björk’s vocals.

The giddy “will they or won’t they” buzz in the lineup snaking around the sold-out Danforth Music Hall last night indicated that the trio’s breakup drama has only made their fans’ hearts grow fonder. That adoration sublimated two hours after doors opened when the band hit the stage and all kinds of skunky smells started emanating from the mosh pit.

Silhouetted by hellish red lights and surrounded by smoke, frontman MC Ride had the rakish figure of an experimental dancer and he moved like one, flapping his elbows as if to grind the microphone into his mouth. Unfortunately, his vocals – which have such deliberate menace on songs like Hacker and Guillotine – were indecipherable and adrift in the noise.

Drummer Zach Hill occupies in his own impressive space between technique and chaos, but it was Andy Morin’s beats and guitar-like stabs of sound that cut through the swampy din to carry the show. As on their albums, there was almost no blank space. It was a 75-minute continuous volley of grinding noise and polyrhythmic discomfort that lurched from song to song.

Onstage, Death Grips are more of a visceral thrill than a sonic one. Their aggressive, chopped-up beats have much more variation and texture on record. Live, they’re all about non-stop punk energy and theatre.