Review: Dido And Aeneas gets a lush production 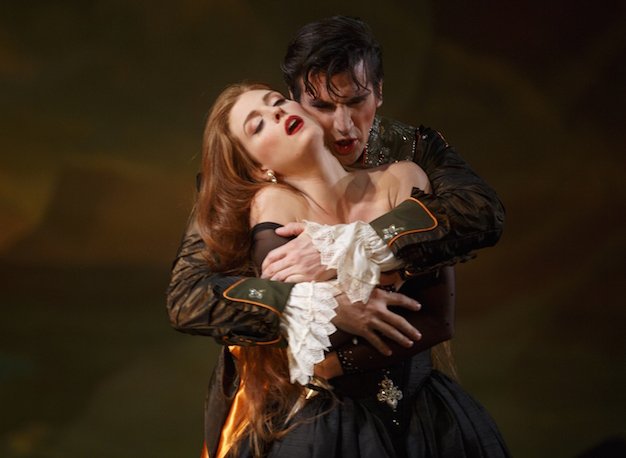 Opera Ateliers first production, in 1986, was Henry Purcells early English opera, Dido And Aeneas, a short, musically rich work based on a section of Virgils Aeneid. Long in the companys repertoire, the opera gets a new staging by director Marshall Pynkoski and choreographer Jeannette Lajeunesse Zingg to open the 2016 season.

Its basically a tragic love tale in which Trojan prince Aeneas (Christopher Enns), shipwrecked in Carthage, falls in love with its queen, Dido (Wallis Giunta). Destiny, however, requires that he leave her in order to found Rome.

Pynkoski adds a prologue to the tale, with magnetic Stratford actor Irene Poole reciting sections of The Aeneid and interacting with the companys singers and dancers to give a context for the romantic story. Its a fine idea, and the combination of narrated text, mimed and danced action, music from other Purcell operas and Pooles strong delivery sets up the evening powerfully.

The opera itself is rather lopsided, Dido getting the majority of stage time and Aeneas, despite Ennss sensitive singing, not much developed. Giunta shines whenever shes onstage, her intentionally stylized acting never overshadowing Didos honest, changing emotions.

Theres lots else to enjoy, too, including Zinggs choreography, which includes a number with castanets and finger cymbals, crisp playing by the Tafelmusik Baroque Orchestra under conductor David Fallis and a colourful design by Gerard Gauci (set) and Michael Legouffe (costumes), lit by Michelle Ramsay.

Theres a delightfully lighthearted number in the second half, a hornpipe in which one of Aeneass sailors (Cory Knight), wearing a sailing vessel as a hat, tells his fellows to say goodbye to their lovers, just as Aeneas will soon do to a more sorrowful strain.

Pynkoski presents some memorable images, including the prelude and a storm scene, but sometimes pushes too hard. Three malevolent figures, a sorceress (the bearded Laura Pudwell) and two witches (Ellen McAteer and Karine White), force the Trojan prince to break with the queen while their numbers are comical, the director wont let go of the cackling trio. A short humorous section works, but when it goes on too long, the dividends disappear.

Giunta controls the last scene, believably going through a series of moods from madness and pain to disdain and finally resignation. Pynkoski builds her last number (and the operas most famous aria), a lament, to a show-stopping finale worthy of a 19th-century diva. Giunta performs it well, though its not a bravura piece, but rather a quiet number where Purcells music and the performers intelligent, communicated feeling are sufficient.