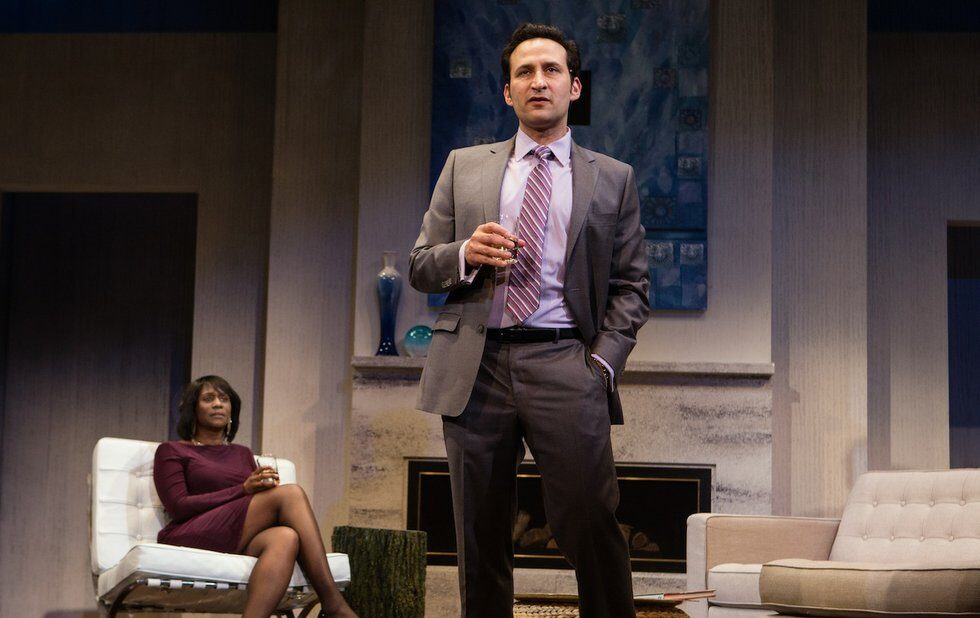 It takes a lot to shock liberal, seen-it-all Toronto theatregoers. But several times during the opening night of Ayad Akhtars Disgraced, you could hear gasps of sanctimonious confusion and WTF? outrage.

Akhtars clever, disturbing and timely play which won the Pulitzer Prize for Drama in 2013 takes on Islamophobia in a big way, and, pardon the pun, it takes no hostages.

Just FYI: Emily is white Isaac is Jewish Jory is black. And Amir? Well, Amir was raised Muslim-American, but in a post-9/11 world hes changed his Pakistani name to one that sounds Indian, i.e., more Hindu.

When Amirs nephew, Abe (Ali Momen), asks him to give legal advice to a local imam, it kick-starts events that have major repercussions in Amirs life. These all come to a head at a dinner party thats as filled with invective, insults and guilty chuckles as a friendly game of Cards Against Humanity. Except the stakes are higher, and things arent very friendly.

To reveal more about the plot would be unfair. Akhtar has structured the play carefully, planting details early that feel authentic to the characters and pop up later on. He doesnt need to give us much backstory or exposition, because the characters are so defined and the dialogue is so telling.

Robert Ross Parker, working on Sue LePages handsome set, with each scene punctuated by jazz (John Gzowski is the sound designer), has directed the terrific cast to seize hold of their roles.

Rubenfeld is especially good delivering his smug pronouncements with a low-key swagger, and Glave adds a lot of humour with a couple of sassy, frank quips.

Momens role is the least developed, but his passionate delivery of a story set in a cafe will make you uncomfortable. And if Solems Emily doesnt quite come into focus, chalk it up to her naive character.

As for Bhaneja, in a year in which Hollywoods lack of diversity made headlines, heres an example of a great stage role for a South Asian actor. He nails the part, modulating his performance with grace and soul and charm so that his later, alcohol-fuelled revelations are all the more effective.

You might end up hating some of Disgraceds characters, and you might think theres a lack of balance. But this is theatre doing what it should: provoke, infuriate and make you think about the confusing world we live in.