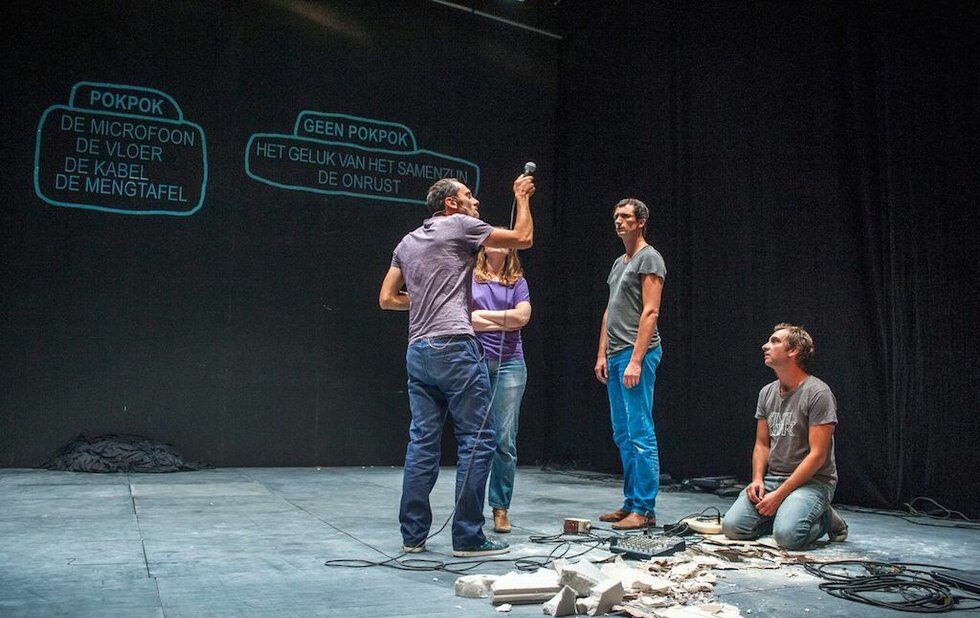 If you miss those impassioned and pretentious conversations you used to have in first year university, head on down to Harbourfront for one of the remaining performances of Germinal, the World Stage season opener by Frances Halory Goerger and Antoine Defoort.

The proudly experimental piece is being billed as a deconstruction of the history of science, technology and societal structures (to quote the program notes), but its really just a self-conscious look at four actors who, thanks to some electronic controllers, microphones and a couple of surprises buried in the floorboards of their set, gradually become aware of the world around them.

First they discover light. Then speech. Then they see that their thoughts are being projected onto the wall of the stage. Eventually, by unearthing a rectangular device that we of course know as a laptop computer, they discover virtual worlds and other languages.

But Im not sure I buy the works philosophical questions. All of the characters findings rely on technology itself. They seem to already know how to do things like speak and play musical instruments.

The performers Goerger, Arnaud Boulogne, Ondine Cloez and Denis Robert seem game for anything, including absurd comedy routines and some amusing destruction of their set. They also have fine singing voices, which they put to good use in the final moments of this tedious and dramatically inert show.