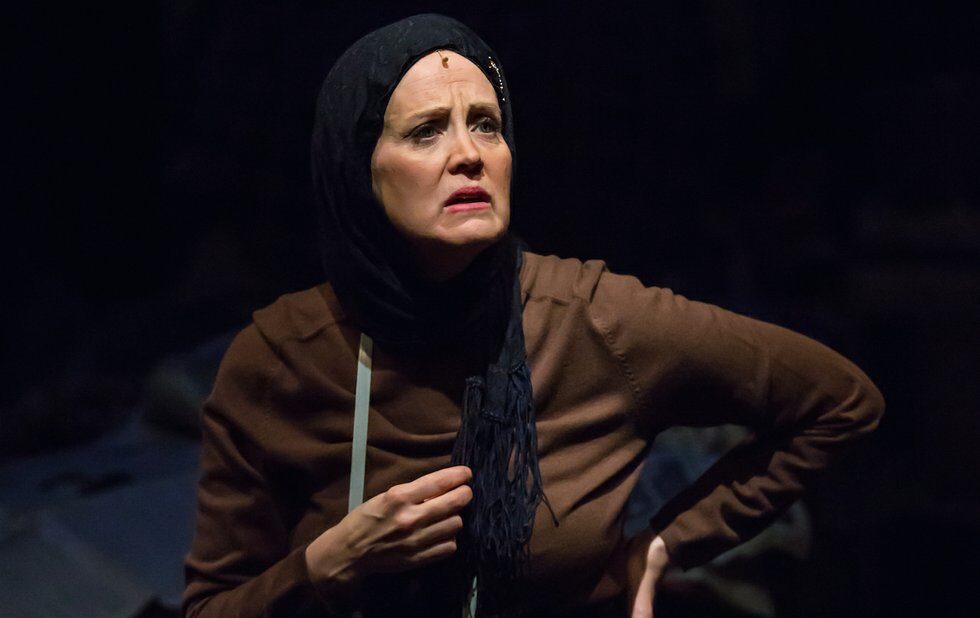 Lisa Horner deserves all the awards for her performance as both a controlling socialite mother and her frustrated daughter. Photo by Racheal McCaig.

You might think that a documentary wouldnt translate well to a musical, but Grey Gardens, adapted from David and Albert Maysless film about Little Edie Beale and her mother, Edith Bouvier Beale (Big Edie), two socialites reduced to poverty in their decaying East Hampton mansion, beautifully captures their codependent relationship and our ambivalent, ever-changing feelings toward them.

After a brief prologue set in 1973 in which its established that the women the cousin and aunt of Jacqueline Kennedy Onassis are living in decrepitude, the show flashes back 32 years so we see them in their glory, on the day that young Edies (Kira Guloien) engagement to Joe Kennedy Jr. (Jeff Lillico) is about to be announced.

Edies mother, Edith (Lisa Horner), is practically estranged from her unseen businessman husband, and clings to dreams of singing as well as her relationship with her (obviously gay) live-in pianist, George (Tim Funnell). When it appears that both George and Edie will soon be leaving her, she lashes out.

Composer Scott Frankel and lyricist Michael Korie have great fun in this act suggesting the eras musical styles and hinting in song lyrics, and even in their titles (Daddys Girl, Two Peas In A Pod), at unnaturally close relationships. Knowing whats to come in the womens lives, these scenes resonate deeply.

The second half has less momentum but more psychological depth, since its mostly about Little Edie (played this time by Horner), whos become delusional. Mother and daughter (Nicola Lipman plays Big Edie) bicker and feed on scraps of the past, and director Ann Hodgess production gains complexity as secondary characters from the first act wander through Camellia Koos versatile set like ghosts.

The cast is brilliant. Lillico does double duty as a cocky but careful Kennedy in act one and a dim but kind-hearted gardener in act two. Guloien is a revelation as the young, spirited Edie desperate to leave the nest, while Lipmans older Big Edie is cagey and savvy, a survivor.

But the biggest role belongs to Horner, and she seizes it, making you see the hope, anger, loneliness and frustration of both women. Her voice can blast out like a brass band or sweetly make you cry at a sad waltz.

Shes astonishing. The Dora Award is hers.