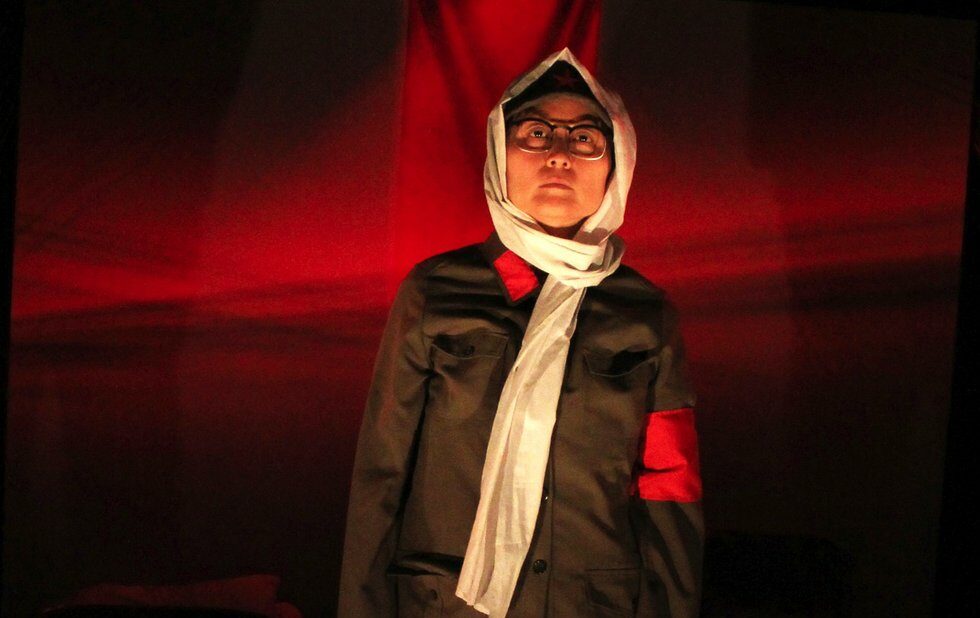 Jiang Qing was an actor of renown in China when she met Chairman Mao Zedong in 1937 and married him a year later. Madam Mao is about her life, and specifically her role as a leader of the Cultural Revolution from 1966 to 1976. The play incorporates music, dance and bold imagery in a fascinating look at a catastrophic time in Chinese history, uniquely recounted through the eyes of a woman who was instrumental in the movement.

Set in a Beijing prison in 1991, 15 years after Mao’s death and the collapse of his political philosophy, the incarcerated former First Lady of China (Janet Lo) reflects on her life while undergoing an interrogation by a sergeant (Samantha Wan) pressuring her to confess her guilt for her part in the Cultural Revolution. When the two characters’ personal histories entwine near the end, the result is one of the play’s most dramatic scenes. Amanda Zhou rounds out the cast, ably handling small supporting roles.

Originally staged at SummerWorks in 2014, the play has expanded from 60 to 75 minutes. It’s not much time to tell a story spanning decades, so the script (created collectively) needs to elide and omit many facts. These omissions work in favour of the lead character, who receives a mostly sympathetic portrayal.

The acting is occasionally inconsistent, but there are many powerful scenes, in particular the monologues and re-enactments from Jiang’s writing. (She wrote eight plays during the Cultural Revolution.) In a notable flashback depicting Jiang and Mao’s first meeting, Lo removes her glasses to transform into a young woman excited by the attention of a powerful man. Lo’s Jiang is rarely demonstrative, but she is passionate. As the sergeant, Wan lends intensity to her character and also shows an agile physicality in a secondary part as a Trickster.