MDEA UNDONE by Marjorie Chan and John Harris (Tapestry Opera/Scottish Opera). At the Evergreen Brick Works (550 Bayview). To May. 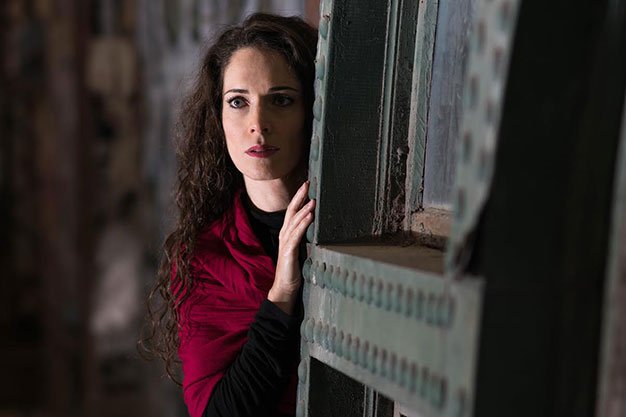 An updated version of the myth, it follows Mdea, born in another culture, who becomes the partner of heroic warrior Jason (Peter Barrett), bears his children (just one, in this version) and then is abandoned by him in favour of a well-placed bride from his own world.

Tapestry Operas world premiere, in collaboration with Scottish Opera, follows the arc of classic tragedy, though it could sometimes move more swiftly toward its climax.

Staged by Tim Albery at the Evergreen Brick Works, the opera begins by setting up the closeness of the Jason/Mdea relationship and the importance of their son, Chase (Elishka Roux), in their lives. Shes been his interpreter and covert assistant in Jasons war against her people, from which he returns victorious.

That victory inspires the President (James McLean) of Jasons nation to select him as a running mate in the upcoming election its not only an office thats offered Jason but also the hand (and body) of the Presidents young daughter, Dahlia (Jacqueline Woodley).

No surprise that Mdea isnt happy, even less so when Jason suggests that he take Chase from her so the lad can live a richer life than that Mdea could offer him.

Chans libretto is brief and to the point, moving between a number of locations with speed in Michelle Traceys multi-level set, lit by Jason Hand. It contains some fine moments, nicely underlined by Alberys direction: the President letting Mdea know that hes aware of her relationship with the hero and warning her not to believe it will continue Dahlia understanding that she has to be part of the separation of Jason and Mdea the quick look that crosses Mdeas face when she formulates a plan.

Woodleys Dahlia, a fuller figure than the princess in the original tale, makes a worthy adversary for Mdea in their psychologically powerful scene together, each tries to manipulate the other with threats subtle and overt.

With his resonant voice, Barrett gets as much sympathy as he can for the soldier, much of it based on Jasons clear concern for his son this man wants to have a better relationship with his offspring than his own father had with him.

But were always on Mdeas side, even in her darkest moments. A fine singing actor, Segal runs the gamut of emotions, showing us the loving mother, the outsider seduced by dreams of freedom and peace, the distraught and then vengeful spouse and finally the parent forced to choose between love and retribution.

Occasionally some elements dont have the power they might, including the operas final tragic moment. McLeans role, the least developed of the four, could be more fleshed out. The acoustics of the Holcim Gallery arent always helpful in allowing us to understand the text, especially when a performer turns upstage.

Harriss music, scored for seven strings and conducted by Jordan de Souza, balances passion and patriotism it includes echoes of the Star-Spangled Banner, which points toward where the action takes place. Theres warmth to the sound along with occasional eerie notes that suggest theres danger lurking in the background of the action.