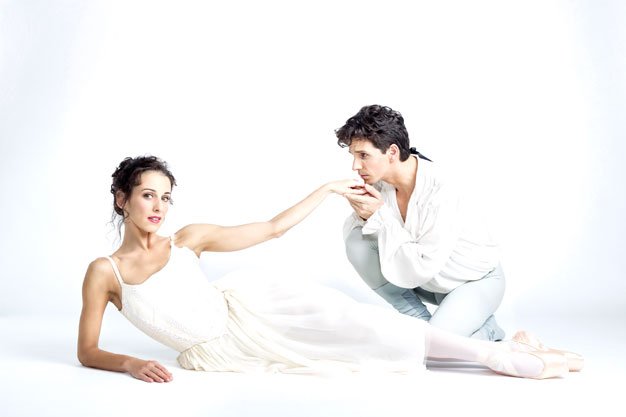 They execute their steps skilfully

Ballet does elegance and noble romance well, but scenes of smouldering sensuality and lusty passion are often better expressed in contemporary dance works. An exception is Kenneth MacMillans 1974 take on Manon, that once controversial story about greed, sex and murder that inspired two well-known operas.

I have fond memories of the National Ballet of Canadas production (it premiered here in 1996), which I recall as a fascinating mix of classical technique and smoking-hot modern sensibility, shot through with psychological complexity.

Alas, I was unmoved by the current remount and its opening night leads, Sonia Rodriguez and Guillaume Cote, who remained cool and detached, approaching their many pas de deux with a calculated air and disappointing lack of chemistry.

Granted, in this staging by Patricia Ruanne, Karl Burnett and Anthony Dowell, the storytelling isnt the clearest. We never get a good sense of Manons motivations. Shes basically pimped out to the wealthy Monsieur Guillot de Morfontaine (Rex Harrington) by her brother, Lescaut (Francesco Gabriele Frola), even though shes in love with young student des Grieux (Cote).

The central romance never feels convincing, and neither Rodriguez nor Cote perfectly capable dancers is able to take MacMillans steps and create a compelling character from them. Frola, a talented member of the corps, understands Lescauts slippery, slimy nature and communicates that whenever he appears.

Harrington, too, is excellent, especially in the productions strongest scene, a trio in which his Guillot is trying to dance with Manon while shes being manipulated by her brother. Svetlana Lunkina also stands out as Lescauts seductive mistress.

The ensemble scenes are good but occasionally feel over-long. And the orchestra plays the mishmash of Massenet melodies with a passion thats often lacking onstage.

The tragic final act encapsulates whats missing from this Manon. Theres lots of sturm und drang in the music, some violence that hits a little too close given recent news stories, and a couple of scenes that should be heartbreaking.

I admired the dancing, but wanted Manon to meet her maker quicker.