NOW MagazineCultureTheatreReview: Much Ado About Nothing

Review: Much Ado About Nothing

MUCH ADO ABOUT NOTHING by William Shakespeare (Tarragon, 30 Bridgman). Runs to May 31, Tuesday-Saturday 8 pm, matinees Sundays, May. 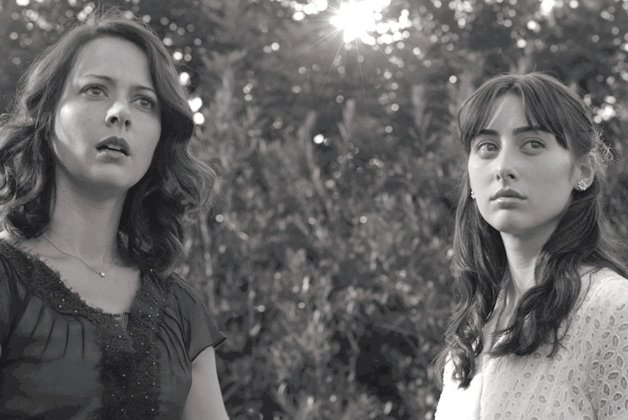 Tarragon Theatres adaptation of Much Ado About Nothing is a striking blend of cultures, but the production doesnt fully realize its potential.

In the hands of director Richard Rose and consulting director Ravi Jain, Shakespeares comedy is transposed to contemporary Brampton and the house of its mayor, Ranjit (David Adams). Most of the characters are as comfortable speaking Hindi as English, and the show features surtitles in both languages.

Instead of fighting a military battle, the wars from which rich businessman Lord Tata (Kawa Ada) and his forces return triumphant are fiscal. The shows music, by Ed Hanley and Suba Sankaran, uses sitar and tabla rather than lute and drum, while the dance numbers draw on Bharatanatyam and Bollywood.

What remains the same are the bristling exchanges between Tatas chief financial officer, Benedict (Alon Nashman), and Ranjits niece, Thara (Anusree Roy), Beatrice in the original, who start out in deepest mutual disdain and end up in soaring love. The other love plot, which takes a potentially tragic turn before being resolved, involves Sita (Sarena Parmar) and Darius (Ali Momen), Hero and Claudio in Shakespeares play.

The material is always cleverly presented, a blend of Nova Bhattacharyas choreography and breakdance moments at a Halloween celebration, greetings of Namaste and mentions of sasquatch and STDs.

Theres some knockout work on the part of several actors, notably Anand Rajaram and John Cleland as the police, Dan Singh and Verges, sporting Newfoundland accents and given enough comic business to fill an entire clown show. Ellora Patnaiks Auntie Antonio in the original who only speaks Hindi, displays a masterful control of the stage when she sorts out the tragic plotline.

Ada makes a reliable, believable Tata, while Salvatore Antonio as his Italian half-brother, Jovanni, the plays literal and metaphorical bastard, exudes enough manipulative evil that I wish Shakespeare had given him more villainy to do.

But directorially, other elements are less effective. Roy and Nashman, fine actors, have individual comic moments in the first half, she relying on a biting irony and he drawing laughs with an awkward bravado. But its only in the second that their chemistry starts to work and we see how thin-skinned each is.

Parmar captures Sitas innocence though Momens Darius is flat in terms of language and character.

Most problematic is the staging of the comedy, which doesnt work in key scenes such as the gulling of Benedict and Thara into believing that each loves the other.

The energetic Bollywood number that ends the show is fine, but it should be a celebratory payoff to the entire shows build. Unfortunately, what precedes that finale is uneven.