>>> Review: Music For Love Or War by Martyn Burke 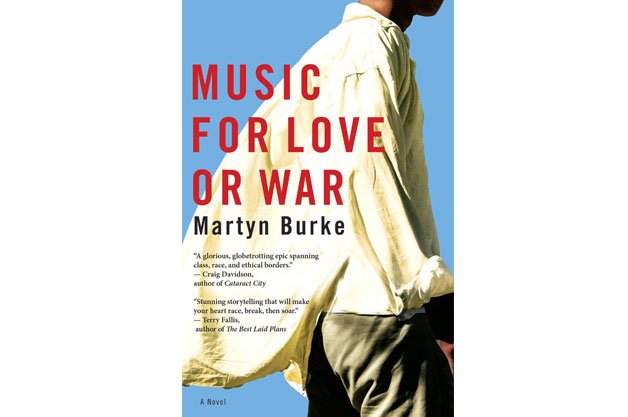 Martyn Burke gives new meaning to the term “muscular prose” in Music For Love Or War. His novel about war-time experience is written from an unabashedly male perspective.

The story revolves around two soldiers. Danny has enlisted in the Canadian army so he can go to Afghanistan and find his love, Ariana, who was kidnapped in Toronto by her Islamist brother. The American Hank joined the army post-9/11 to try to forget his girlfriend, Annie, who’s become a drug-addicted member of Hugh Hefner’s harem.

It starts with the two desperately seeking a famous psychic in Hollywood who may have information on how to contact the women, and then flashes back to the situations that have led to Hank and Danny’s connection overseas.

Music is a key theme. Ariana was turning into an accomplished pianist until the men in her family forbade her to play. And in the mountains, Liberace’s music – and a poster of the outrageous entertainer – are instrumental in the duo’s search.

Plainly, Burke has seen the battlefield. He writes in deep detail about military matters, especially expert sniper Danny’s process of finding his targets and making the kills. He also brings the landscape into sharp focus: the star-filled night sky, the treacherous terrain.

But Hollywood’s also a major target. Burke describes with palpable glee Hank and Danny’s descent into the world of Tinseltown’s excess and celebrity culture alongside their famous psychic’s pals.

Burke hasn’t heard a simile he won’t use – there are at least three per paragraph – and the book is definitely not for everyone. He’s not interested in nuance, and sees the world in stark terms of “us” and “them.”

But that feels realistic for the characters in this entertaining, well-told war story.

Burke, who is also a filmmaker, joins the Storytellers: Literature And Film event (hosted by yours truly) at the Pages Unbound festival May 8.