PORT AUTHORITY by Conor McPherson (Fly on the Wall). At the Campbell House Museum (160 Queen West). Runs to March. 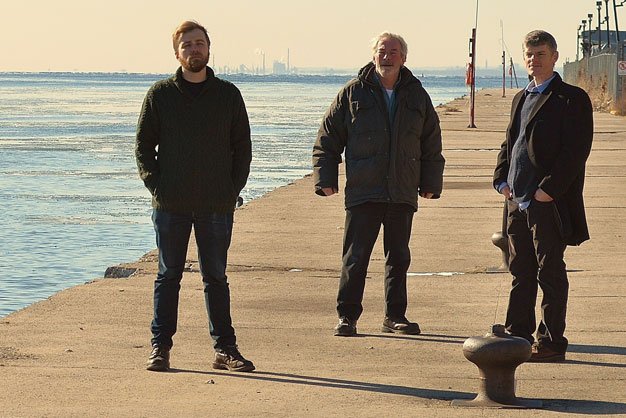 Irish writer Conor McPherson‘s characters indulge in monologues as much to understand their lives as to try to avoid unhappy truths.

In Port Authority, three lonely men of various ages look back at relationships with women that didn’t turn out as they’d hoped. The young Kevin (Anthony MacMahon) has moved out of his parents’ house and is sharing with some guys and the elusive Clare, whom he wants as more than a friend. Dermot (David Mackett) has been unexpectedly hired by a wealthy firm, while Joe (Patrick Monaghan), living in a retirement home, gets an unexpected gift from someone in his past.

Under Rod Ceballos‘s direction, the actors’ performances are intentionally pitched at different levels of energy.

The writing makes some subtle points of connection between the men, all of whom are in some way caught between two women and finding it hard to connect emotionally to either. It takes a while, though, for some of the stories to achieve their resonance.

Mackett’s Dermot, embarrassed about introducing his wife to his new circle of workmates, and drinking to calm his insecurities, is initially too large in the intimate Campbell House venue. Only partway through the show, when he learns the truth about his hiring, does the character develop some tenderness, allowing his story to hit a powerful climactic note.

Monaghan could bring more emotional variety and suggestiveness to Joe, whose marriage precluded any other romantic possibility. Garrulous, he enjoys hearing his own stories as much as he expects his listeners to. Too bad the actor’s final speech doesn’t capture the regret and sadness underlying the text’s resigned comedy.

For all his shyness, Kevin is initially the most exuberant of the three. MacMahon exudes the confidence of youth, his recently liberated 20-something determined to find his way in the world and enjoy its pleasures, whether at a bar, a beach or a house party that gets out of control. There’s a real ache in his realization that he’s destined to be someone who accepts what’s offered rather than fighting for what he really desires.