Review: Stevie Wonder at the ACC

Super-pro but with lots of soul 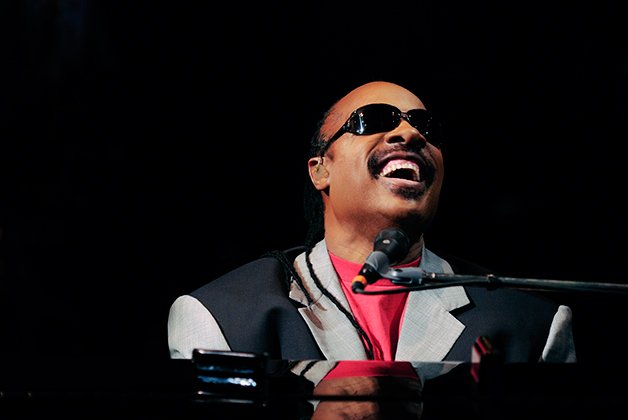 Had you been feeling the late-November blues, a three-and-a-half-hour dose of Stevie Wonder sunshine was the perfect antidote. Last night at the ACC, the Detroit pop-R&B legend unleashed warmth, humour and virtuosic musical chops over a marathon set of tunes from 1976’s flawless Songs In The Key Of Life.

It was not a rigid retake of the classic. Before even touching a piano key, Wonder spoke about the album and concert in a casual, off-the-cuff way, highlighting the contributions of others, including India.Arie, who stood majestically at his side, and concert conductor/keyboardist Greg Phillinganes.

It was a good indication of where the night was going: the set was personable and full of cut-loose jamming, during which several of the massive band’s astonishingly skilled musicians were given the spotlight. Things stayed pro – the instrumental jazz-fusion Contusion was off the hook – but with lots of soul. Even the emotive string ensemble, made up of members of the TSO, found its funk.

Sir Duke was pure joy, I Wish got everybody groovin’, Isn’t She Lovely seemed extra-poignant after Wonder introduced backup singer Aisha Miller as his daughter and inspiration for the song. The set’s second half was slowed down by overly long extended outros, and the sampled call-and-response voices spiking through ode to interracial harmony Black Man were abrasive.

But spirits never dipped. Mic trouble during Ordinary Pain and a botched set-up involving an iPhone during the encore didn’t faze the singer, who had by then embraced a goofy alter ego, DJ Tick Tick Boom, teasing us with snippets of his biggest non-Key Of Life hits before finally giving us our release with Superstition.