Review: The 20th of November 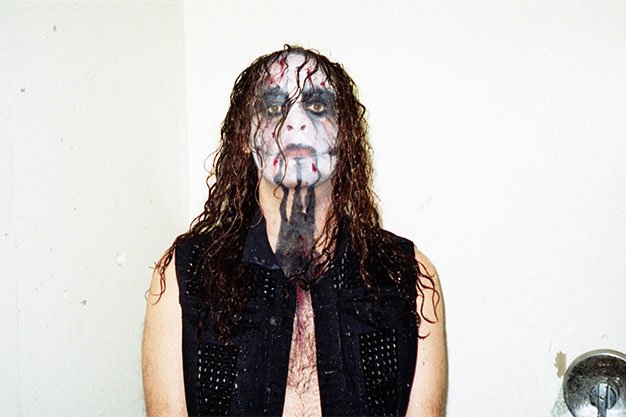 In Emsdetten, Germany, in 2006, a disturbed ex-student entered his former high school carrying loads of ammunition and a deep-seated grudge. The 20th Of November marks this event with an intense, impactful piece of verbatim theatre.

Soon after the incident (which left the would-be killer dead and others injured), playwright Lars Norén collected writings by the 18-year-old shooter, who had spent time before the attack describing the reasons for his spree on his website, online forums and videos. Norén transcribed and reshaped the man’s own words into a harrowing 90-minute monologue filled with the rage of a person deemed a loser throughout his life, then fictionally set the piece shortly before the shooting.

It falls to actor Sina Gilani to bring these words to life onstage, and he does so with chilling believability. Gilani douses the audience in his character’s contempt, which he heightens to grotesque proportions as the shooting time draws nearer. He asserts control over the room through vocal intonation, eye contact and sheer ferocity. The role also entails an element of improvisation, with Gilani occasionally singling out audience members sneeze or cough and his eagle-eyed focus might land on you.

Shockingly, Norén’s script uncovers some humanity, particularly when the young man mentions his family. This works as a theatrical device, but it’s unsettling to feel empathy for a potential mass murderer. Ninety-five per cent of the text comes straight from the original source, so Norén captures the shooter’s mindset and personality, but the downside is a rambling, repetitive script that can feel monotonous.

The staging also lacks variety Gilani rarely moves from his chair. At times the pacing is sluggish, but director Brendan Healy mercifully provides a well-timed break from the intensity when the character briefly turns his back to the audience to go to a chalkboard – a fascinating feature of Camellia Koo’s intentionally spartan set.

The production’s technical aspects all serve to underscore the psychological discomfort its subject provokes: the arrangement and type of chairs, the props, the proximity of the audience to the performer, and Rebecca Picherack’s stark lighting. Not an easy theatre experience – but that’s the whole point.