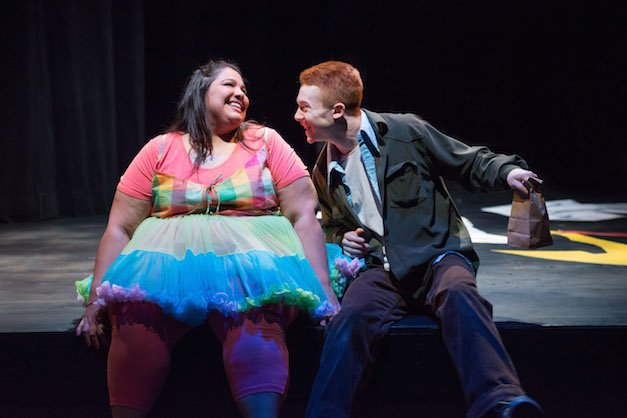 Not everyone can write a play that still resonates 30 years after its first production. Count Judith Thompson among the few.

Her groundbreaking drama about people marginalized by their race, class, mental illness and history of trauma feels so real, you think that after the show the characters are going to walk off the stage and back onto the street.

Part of that has to do with the dialogue, its content and cadence lifted from Thompsons own experience as a social worker in Kingston. Its as if she moved in with them.

Theresa (Yolanda Bonnell) enters from the back of the theatre, having just made some cash from low-end sex work. Shes what people in those days called slow and is struggling to survive. When she arrives on Sandys (Claire Armstrong) doorstep, its clear the two have a complicated history. Has Theresa slept with Sandys abusive boyfriend Joe (Greg Gale)? Or was it rape?

All of the relationships in this perfectly crafted piece are complex and ever shifting. Yolandas boyfriend Alan (Stephen Joffe) showers her with affection at first, but soon it looks a hes on the verge of a mental breakdown. Sandy and Joe thrive on that terrifying combination of sex and violence, here played out in a way that is horrifyingly believable.

The performances, under Thompson’s direction, are uniformly excellent. Bonnell plays Theresa with just the right tone, at times strangely flat until she loses control and raises the pitch. But we can also see the sunny spirit inside of her. As Claire, Armstrong handles the complexities of love-hate with skill, letting those extreme feelings melt into a poignant sorrow.

Gales Joe simmers with rage, but he also has one of the shows few funny moments when he passes out cold in the middle of a speech.

But its Joffe whos the strongest as the delusional Alan. He can turn on a dime, first desperate for love, then infuriated by the social service bureaucracy.

As part of Factorys Naked Season, the plays design is simple: a painting of a naked woman, her womb represented by a red hole, hangs above the stage. Too bad opening night saw some light cues go south either that or part of the stage is lit way too darkly.

And the title character, played by the gifted Waawaate Fobister, isnt always integrated successfully into the play. Hes a spirit, both haunting and playful and always sympathetic, who interacts with the characters at various times. Is he a ghost? Is he the reflection of all their hopes and fears? Despite Fobisters gifted movement works, its not entirely clear how he contributes to the narrative arc. But during the plays climax, the strategy works to perfection.

If you havent seen this essential work from the Canadian canon, nows the time.