>>> Review: The Harrowing Of Brimstone McReedy will make you cry Woolfe 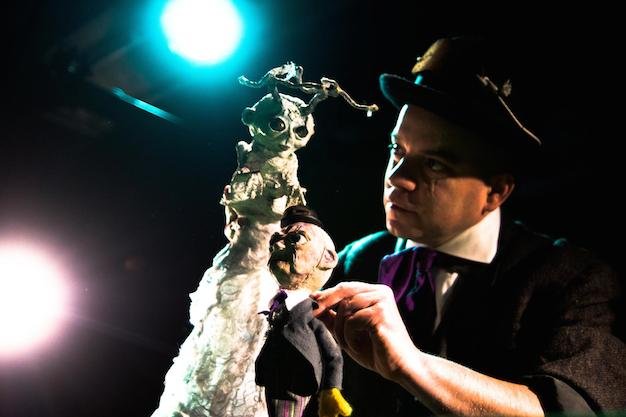 If youre after some spooky fun this Halloween season, Eric Woolfes magic-infused puppet show about a Klondike Gold Rush-era con man is a sure bet.

In the macabre tale, McReedy makes a Faustian deal with the Devil in exchange for three wishes, which he uses to set himself up as a card shark in the Yukon boomtown of Dawson City. Woolfes illusions involving coins and cards start off simple but become more intricate and impressive as the story unfolds, eventually drawing gasps from the audience. A cleverly disguised overhead camera projects his table-top wheeling and dealing onto a mirror behind the bar, allowing the audience to follow his more complex tricks, in which the cards themselves become an integral part of the story.

Woolfe gives a strong performance in the vein of the 19th-century Irish carnival barker, and his puppetry skills give his collection of dolls a life of their own. Along with plenty of audience participation, the mix of history, horror, magic and miniatures is well integrated into a total experience, culminating in a spine-tingling conclusion.