THE MODEL APARTMENT by Donald Margulies (Harold Green Jewish Theatre). At Toronto Centre for the Arts (5040 Yonge). Runs to. 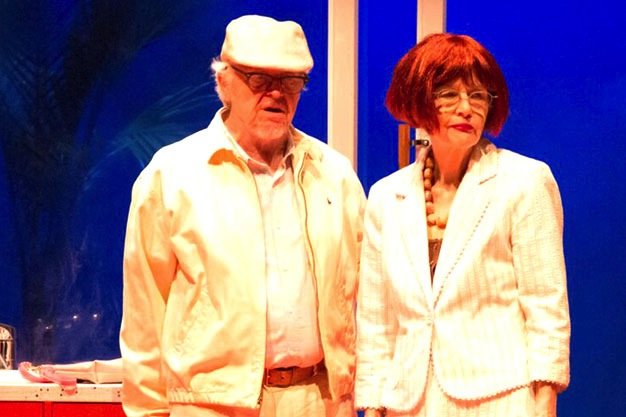 Clare Coulter and Eric Peterson play Lola and Max, an elderly Jewish couple, Holocaust survivors, who retire to Florida from Brooklyn. When their new condo isn’t quite ready, they’re put up in one of the building’s model suites – a small studio apartment. The play unfolds there in the hours just after their arrival. When daughter Debby (Lisa Norton) shows up, reverberations of the family’s traumatic past start to be felt. Actor Tony Ofori rounds out the superlative cast.

Portrayals of Holocaust survivors are sometimes stereotypical, but these characters are fully developed. The halting way Coulter moves and speaks before she uncoils emotionally tells much about Lola’s inner life. Her world-weary Lola has pluck, especially in her fierce maternal protectiveness. Peterson’s Max is less compassionate, but he exposes his underlying yearnings as the play progresses. The couple’s relationship is multidimensional. Even on the verge of combustion, they exhibit traces of tenderness, in the way they change for bed, for instance.

Ghosts from the past unite the family. Once she starts, Lola can’t stop talking about her memories of Bergen-Belsen, but Max can only face his wartime experience in his dreams. And in the most complex role, Norton’s Debby, a whirlwind of needy instability, manifests her parents’ internalized anguish.

Margulies’s script includes a profusion of monologues, some of which work better than others, and the dialogue is riveting. Director Tanja Jacobs paces the play beautifully, allowing the heavy material to breathe by including moments of stillness and not rushing between scenes.