NOW MagazineCultureTheatreReview: Tom At The Farm

Review: Tom At The Farm 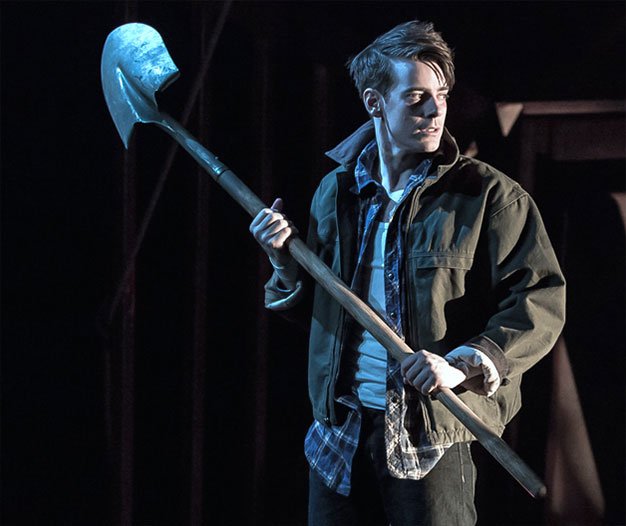 Michel Marc Bouchard‘s Tom At The Farm is a big ol’ slice of Quebec-style gothic, complete with a funeral, bloody animals and a wildly dysfunctional family with lots of skeletons in its closets.

Tom (Jeff Lillico) has left the big city – presumably Montreal – to attend the funeral of his lover. But it turns out his lover’s rural family didn’t know he was gay. The dead man’s brother, Francis (Jeff Irving), has convinced their mother, Agathe (Rosemary Dunsmore), that he was dating a woman named Nathalie, so Tom must pretend to be merely a colleague at the advertising agency where all three worked.

The set-up feels like farce, but as written by Bouchard (Lilies, The Orphan Muses), it’s anything but. Each character inhabits a different world: Tom is grieving and so unmoored he’ll go along with whatever the family asks of him Francis, who bullies Tom, drops hints that his relationship with his dead brother is more complex than it initially seems and Agathe is an indomitable spirit who keeps wondering why Nathalie hasn’t arrived.

There are some holes in the text (what happened to the family patriarch, for instance?), and the play doesn’t need to be 90 minutes long, but Holmes and her actors sell the main problem of why Tom stays at the farm, offering up religious symbolism and the dangers of lies.

Lillico and Irving are well matched, particularly in a homoerotic scene where they’re dancing to Latin music, while Christine Horne earns laughs as a woman who enters the fray late in the game.

But best is Dunsmore, whose Agathe, a spiritual cousin to Amanda Wingfield (another role Dunsmore has played), has fiercely held ideas of what’s right and wrong and can also deliver a hilarious speech about pasta salad.