TRICKS by David Ben and Patrick Watson (Magicana in association with Soulpepper). At the Young Centre for the Performing Arts. 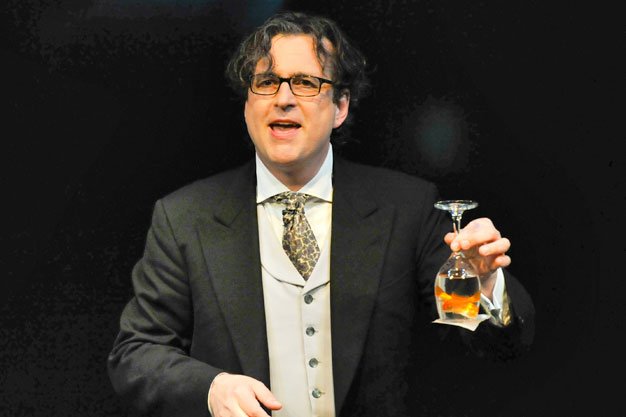 Magician David Ben doesn't have to fish for compliments.

Holiday magic of a different kind is on view at Soulpepper’s Young Centre, where veteran illusionist David Ben remounts his old-school show Tricks.

More intimate than his large-scale show The Conjuror, Tricks consists of 85 minutes of charming routines that mostly harken back to the art form’s 19th-century heyday.

In fact, in setting up each act, Ben alludes to predecessors like Jean-Eugene Robert-Houdin, and projected archival images of the Chinese rings trick and the ever-popular shell game add a Victorian feel to the show.

With his shaggy mop of curly hair and self-effacing vibe, Ben has a genial stage presence that helps entice audience members to take part, whether that involves choosing cards, handing over a large-denomination bill (to be burned!) or – in one of the show’s big numbers – stepping onstage and appearing to float on air.

Most tricks involve sleight of hand, so it helps to sit as close to the stage as possible.

In the matinee I saw, Ben made a couple of mistakes with card tricks. After one, he had to start all over with a new deck. It wasn’t the smoothest recovery, but he was blindfolded at the time.

And he nailed the show’s best trick, which involved swallowing 20 sewing needles and then regurgitating them in a way that would please a tailor.