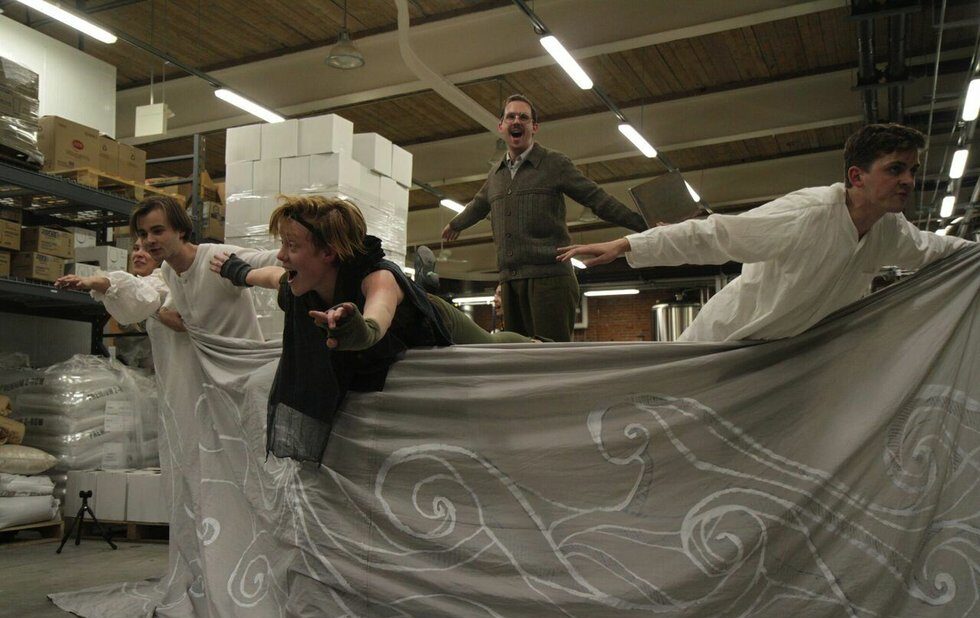 Bad Hats Theatre is currently staging the family classic Peter Pan at various local breweries. But apart from the novelty and the promotional tie-in, youve got to wonder: why? Nothing in J.M. Barries story about the boy who wouldnt grow up screams hops and barley. And, certainly, the cavernous Henderson Brewing Co., where I saw the show last weekend, complete with noisy, echoey adjoining bar area, messed with the shows acoustics.

Severn Thompsons production of Fiona Sauder and Reanne Spitzers adaptation is an intimate affair that relies on charm: the band plays twee instruments like ukuleles, there are a couple of old-fashioned trunks that open to reveal surprises and a gold-speckled tennis ball, tossed around by various characters, represents the fairy Tinkerbell.

Theres some nice stage magic here, especially when the Darling kids begin to fly, or when a certain mustachioed, hook-armed villain (Graham Conway) meets his demise by crocodile. And the cast, from the playfully impish Peter (Sauder) to the bumbling narrator Mr. Smee (Matt Pilipiak), is fine.

A climactic fight scene, choreographed by Jack Rennie, is lively and includes some amusing audience participation. And the folksy songs add fun, too.

Despite the unusual venue, theres lots of talent on tap.