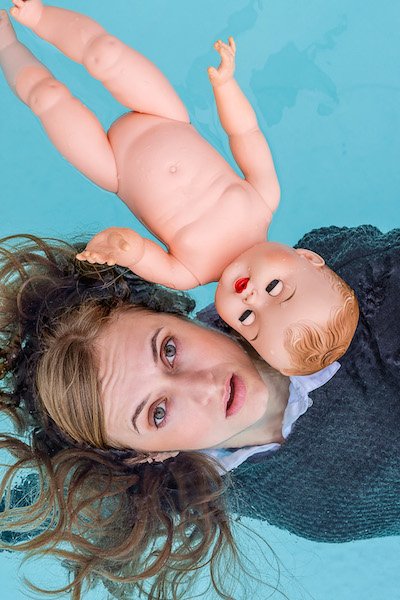 Motherhood is always a daunting prospect, but what if a woman gets inconclusive prenatal test results and is told that her baby may have problems?

Elizabeth and husband, Chris (Michael Musi), are ecstatic when they learn theyre going to be parents, but Elizabeth was adopted and doesnt know who her mother is or anything about her medical history. When her tests suggest the baby may have some sort of incapacity, Elizabeth goes searching for answers and finds them in Eileen (Astrid Van Wieren), who knows who her mother is.

The play begins in comedy theres a wonderful 30-second synopsis of Elizabeth and Chriss courtship, marriage and pregnancy news before it turns to serious and sometimes surreal matters. That touch of the fantastic comes when a baby appears first as a plastic doll and then as an odd, walking, talking, oversized infant (Nikki Duval).

Only in the final 15 minutes does the script lose some of its focus, when the couple have to decide what to do with their lives and the fetuss. Here, the writing could explore more fully their hard decision-making, though the darkly comic moments are still involving.

The adept company touches all the right notes under co-directors Michelle Alexander and Darwin Lyons, especially in the shows early humour. Fabiillis bright, excited Elizabeth begins as a hyperactive planner and loses her security as she discovers more and more about her birth family, while Musis concerned partner is fully believable as a father-to-be.

The other performers play multiple roles. Van Wieren always brings heart to her performances, both as the initially secretive Eileen and in various fantasy riffs on what Elizabeths mother might have been like. Duval, whos new to Toronto, isnt afraid to throw a tantrum or guilt-trip her mother as the squeaky-voiced, big-eyed, sharp-tongued baby. Keep an eye on this talented actor.

Laura Gardners simple design, using sliding white panels and a couch, moves the action along quickly, her lighting switching the stage world from reality to fantasy in an instant. Watch for the clever way she suggests a leaky roof and a tension-breaking water fight.