NOW MagazineArt & BooksBooksReview: WHERE DID YOU SLEEP LAST NIGHT by Lynn Crosbie

Review: WHERE DID YOU SLEEP LAST NIGHT by Lynn Crosbie

WHERE DID YOU SLEEP LAST NIGHT by Lynn. 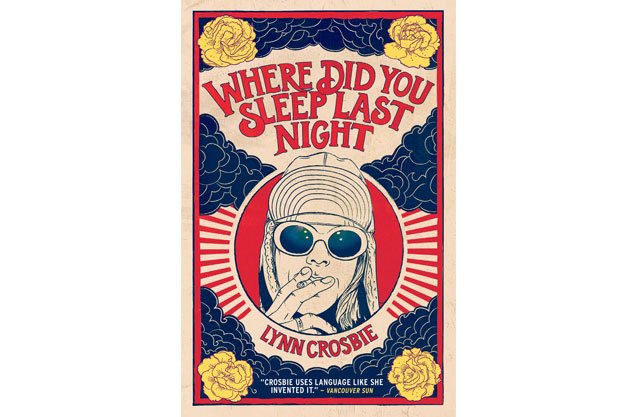 Our prime provocateur is back with an outrageous, drug-fuelled, sex-packed ode to Kurt Cobain.

Evelyn Grey is obsessed with the long-dead Nirvana frontman whose poster dominates her bedroom and who’s had way more influence on the troubled teen than is healthy. When she overdoses, she wakes up in hospital beside Cobain’s doppelgänger. In this hallucinatory tale maybe it actually is him and he’s forgotten everything. They establish a bond, escape their straitjackets and flee the psych ward.

She forms a moderately successful riot-grrrl-type band while he, renamed Celine Black, becomes a superstar in a new outfit a lot like Nirvana. There are the usual band jealousies, controlling managers and writer anxieties, all very credible – this is, essentially Crosbie’s version of Cobain’s life with Courtney Love. Mostly, though, the two shoot up and try to manage their self-destructive relationship.

Plot is not the point here. In Crosbie’s batshit universe – or that of any addict – time does not exist, there’s nothing rational about anyone’s behaviour, and emotions are way over the top.

One thing’s for sure: this is a writer who knows how to grab your attention. Her evocations of a druggie’s dreamy state and drive to get high evoke contempt and empathy simultaneously. And the central love affair, fucked up as it is, is so pure it’s almost inspiring.

Where Did You Sleep Last Night is almost too disturbing, and Crosbie does hammer away at her themes in ways that’ll make your eyes roll. If it’s too much for you, just open to any page and find a paragraph that could stand alone as a devastatingly beautiful poem.

This woman can write.