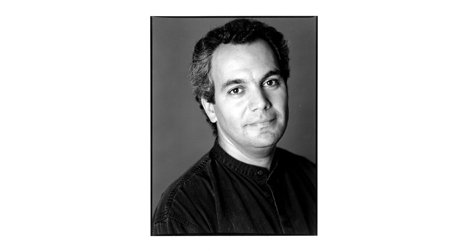 Nothing about theatre appeals to playwright Emil Sher so much as its fluidity, especially when it tackles a challenging topic like mental illness.

That’s why he’s returned to his stage adaptation of Marie Day’s children’s book Edward The “Crazy Man” two years after its premiere, to re-examine the relationship between a boy and a neighbourhood man who’s dealing with schizophrenia and homelessness.

Their mutual interest and bond? Creativity.

“I’ve preserved the core of the story from that earlier script, but the dynamic between Charlie and Edward is deeper and more substantial,” notes Sher, whose other stage works include Hana’s Suitcase and Mourning Dove.

One of his key changes has been to make Charlie a few years older than in the original production. He’s now 12 going on 13.

“But these days, kids are older and wiser. Given Charlie’s age, he’s more like 16 in how he behaves. He’s aware of the world out there but still responds to it as a young person.

“Charlie learns that this strange man has a family and a past as well as an artistic bent he defends Edward against the kids who taunt him. Innocent enough to bring Edward home for dinner, much to his mother’s surprise, Charlie also knows in a bittersweet way that their relationship may not last forever.”

This time around we learn more about Edward, played again by the talented John Cleland Sher’s added some flashbacks that establish the path of the character’s schizophrenia. Thomas Ryder Payne’s soundscape adds another dimension by taking us into Edward’s head.

“The soundscape enriches the character, pulling back the curtain on his mind and experiences. What we see and hear is a seismic change in the man we get a sense of the Edward that once was and now see a new Edward.”

Both Edward and Charlie go on journeys that support each other, adds Sher, and both benefit from the relationship.

Presented again by Workman Arts, the show continues the company’s mandate of integrating members of the professional community and those dealing with mental health issues. The company works in partnership with the Centre for Addiction and Mental Health.

Aimed at those eight and up, the production has public as well as school performances, each with a follow-up discussion that examines issues of mental health and prejudice. The discussions are sure to be livelier because Sher doesn’t provide all the answers to questions he raises.

“I prefer open-ended plays, ones where the audience gets to fill in the blanks. Theatre provides that opportunity more than any other genre, which means that when the play’s over and you leave the theatre, it’s not really over. There’s always something to think about.”