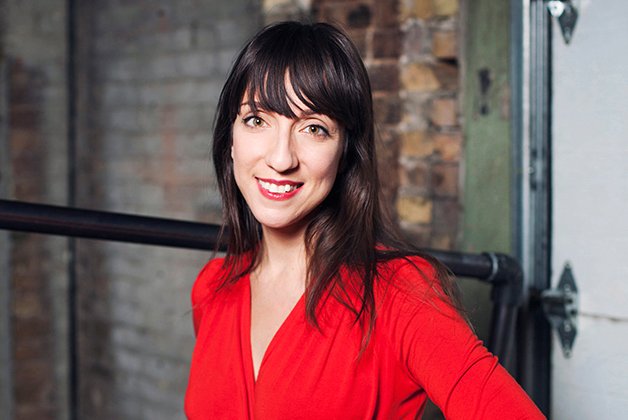 When you’re picking rhubarb, stay away from the older stalks they’re not as tasty as the younger.

But for Buddies in Bad Times, Rhubarb only gets better with age.

The 35th anniversary of the multidisciplinary arts festival, running through February 23, offers a plentiful variety of performances that look both to the past and the future.

“That started me thinking about the concept of archives, both inside and outside Buddies. I’ve asked artists to respond in some way to the idea of archives and how one makes that kind of information public. Lots of creators wanted to share their ideas, and the result is a diversity of projects that demonstrates that making something public doesn’t turn it into an artifact but rather part of a process.”

For 2014’s festival, Nanni is working with other organizations in the queer village and the surrounding neighbourhood, a way to acknowledge the network of groups that contribute to the community.

Among those involved are Glad Day Bookshop, Pink Triangle Press, the 519 Church Street Community Centre and the Canadian Lesbian and Gay Archives. It’s no surprise, then, that performances will happen not only throughout the Alexander Street theatre spaces but also nearby.

“I have this ongoing interest in bringing artistic work outside the walls of a traditional theatre,” says Nanni, smiling. “I’m looking at an intersection between presentations and people’s everyday lives, especially for that to happen in unusual spaces as well as spaces purpose-built for performance.”

At the same time, Nanni’s programming balances an honouring of the past and Rhubarb’s forward momentum, “an energy that questions what’s next.”

The festival includes, for instance, a queer futures cabaret with Sedina Fiati, Vivek Shraya and Nat Tremblay that envisions the different possibilities of queerness (February 20) as well as an event called 35 Performances For 35 Years that features artists from Rhubarb’s history presenting old and new works (tonight, Thursday, February 13).

In addition to the performances, there are also workshops, show-and-tell lunches and a celebration of the 10th year of Buddies’ Young Creators Unit, which includes a homecoming on the festival’s final day.

Though Heritage Canada cut the festival’s funding for no clear reason, that hasn’t deterred Nanni from constructing a varied two weeks that will appeal to all sorts of audience tastes.

“This year the schedule is pretty much different every day, and the result is that every evening is an event unto itself, even though you can find artistic or thematic links in how shows relate to each other.

“It’s not only the diversity of the work but also of the audience that makes Rhubarb so exciting. Responses are so different for every performance, and that can only make a work richer as it’s being developed.”