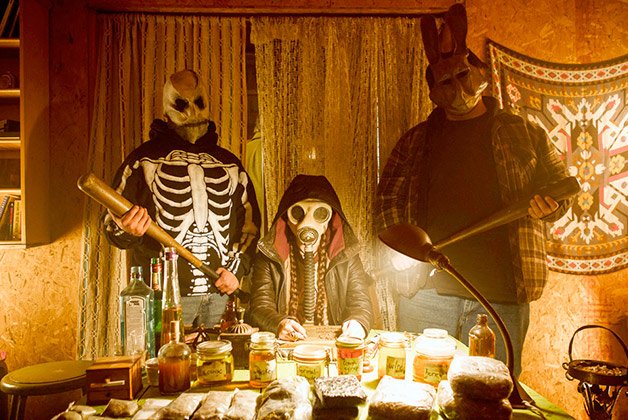 Rhymes For Young Ghouls is at times frighteningly good.

Rhymes For Young Ghouls is a genre experiment disguised as a coming-of-age story.

Jeff Barnaby’s magic-realist drama takes place on a native reserve in late-70s Quebec, where teenager Aila (Kawennáhere Devery Jacobs) strives to find her own identity as an artist and an individual while her community tries to separate itself from the institutionalized oppression of government overseers.

The finished film doesn’t quite live up to writer/director Barnaby’s considerable ambition. A number of the supporting actors don’t seem to understand the tone he’s after, including The Wild Hunt’s Mark Antony Krupa.

But when Aila’s dead mother shows up for a casual conversation and the movie simply accepts that these things happen, it feels like a new creative voice is making itself heard for the first time.