Oscar winner sings the praises of his Cas & Dylan co-star 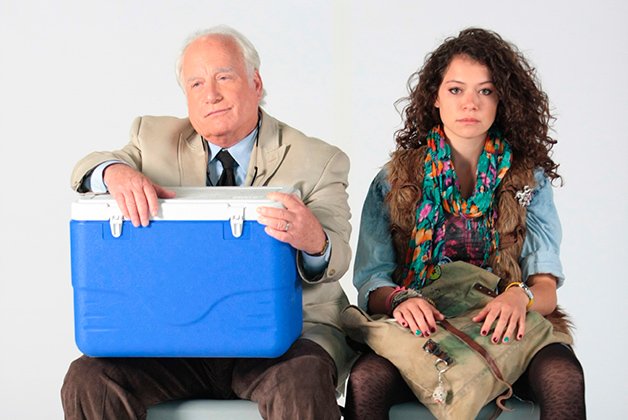 Even in his mid-60s, he sounds like he did in his 20s. And that inner energy is perfect for the role of a faltering doctor driving west across Canada in Jason Priestley’s Cas & Dylan.

“I read the script and I saw this fragility and depth that made me want to do it,” Dreyfuss says. “That was it.”

That fragility and depth take time to emerge, which may explain why the movie’s being sold as a goofy road picture. It has those elements, but there’s something much stronger at work.

Even before that, though, Cas & Dylan finds a lovely dynamic in the pairing of Dreyfuss and Tatiana Maslany, who plays a young woman accompanying his character on the road. The veteran was blown away by his co-star.

“She’s a remarkable person, a remarkable talent,” Dreyfuss says. “I keep using one word to describe her, only because I couldn’t think of another, and that’s ‘incandescent.’

“When Philip [Seymour] Hoffman died, why we felt it so deeply was because he had taken his future away from us, and we had all seen how thick and good that future was. With Tatiana, it’s the reverse: you can see her future, and you know she’s not only gonna be a star, she’s gonna populate those years with lots of incredible things.”

Speaking of legacies, I can’t help but consider Dreyfuss’s own – his landmark work with Steven Spielberg in Jaws and Close Encounters Of The Third Kind, his Oscar for The Goodbye Girl, his performance in The Apprenticeship Of Duddy Kravitz.

Turns out I’m not the only one.

“I’m doing this television show, classic movies or something, and they picked three movies from the 70s,” he says. “And I said no. I said, ‘Whatever two films you want, fine, but [include] Mr. Holland’s Opus.’ And they [asked] why, and I said, ‘Well, if you do three films from the 70s, it makes you feel like your career is in the 70s.'”

Yeah, I say, but one of those films is going to be Jaws.