Ride the Next Wave: film fest to screen the new Michel Gondry pic 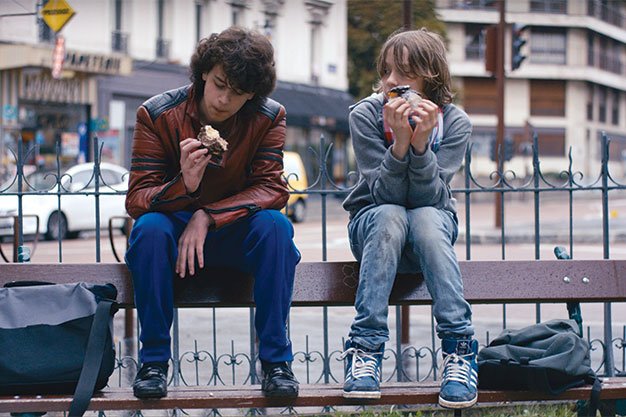 TIFF’s annual Next Wave Festival has to walk a strange line. It must play to a youngish audience – late teens and 20-somethings looking for movies that speak to their specific concerns – without tilting too far toward the older adolescents the TIFF Kids Festival courts in April.

Where do the millennials fall? If you grew up wearing out your DVD of Space Jam, you’re exactly who the Next Wave programmers are chasing in their 2016 edition, which marks the 20th anniversary of Bugs Bunny and Michael Jordan’s epic team-up with a live reading of the script. (Yes, Space Jam had a script.)

It’s even topical, because the event (Saturday, 1 pm) occurs on the eve of Toronto’s first NBA All-Star Game. Will Drake turn up to read the Bill Mur-ray role? No, but wouldn’t it be awesome if he did?

Of course, if you catch the Space Jam read, you have to miss the annual Saturday marathon elsewhere in the Lightbox. This year’s theme is Breakouts: Awkward + Angsty, featuring a series of youngish misfits: Bottle Rocket at noon, Ghost World at 2 pm, The Social Network at 4:45 pm, The Notebook at 7:30 pm and The Basketball Diaries at 10:10 pm.

And then there’s the rest of the film slate, playing over Saturday and Sunday. It includes Takin’ Place (Saturday, 3:30 pm), Cyrus Dowlatshahi’s lively documentary about the residents of Chicago’s frequently disparaged South Side. Shot almost casually in homes, businesses and yards, its charmingly shaggy community portrait almost plays as a companion piece to Frederick Wiseman’s recent New York-centric In Jackson Heights – and at half the length.

The festival closes with Sing Street (Sunday, 7 pm), fresh from its Sundance debut. The new film by John Carney, writer/director of Once and Begin Again, it’s an autobiographical dramedy about a kid (Ferdia Walsh-Peelo) in 1985 Dublin who starts a band to impress a girl (Lucy Boynton) and winds up discovering a passion for pop music.

The songs are terrific New Romantic pastiches, and the actors are charming, especially Jack Reynor as our hero’s cynical older brother. If Sing Street confirms that Carney only has one trick as a filmmaker – the infectious rapture of musical collaboration – well, it’s a pretty great trick.