Ridings on the storm

Rejigged boundaries and vulnerable incumbents give Toronto its share of pivotal races. Here are five to start. 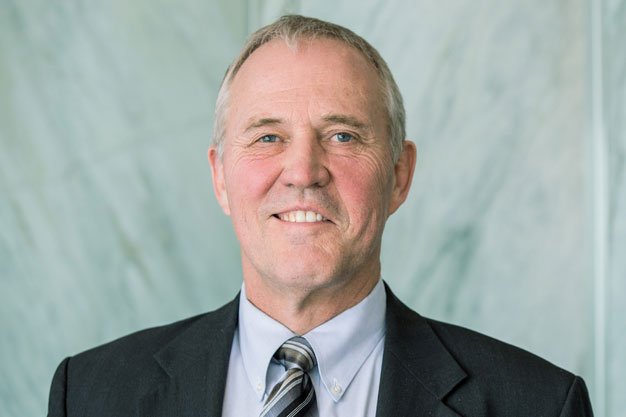 Recent history: When Liberal Jean Augustine trounced Progressive Conservative Patrick Boyer to take this riding in 1993, she became the first black woman elected to the House of Commons. She won three more elections before stepping aside for Liberal leadership aspirant Michael Ignatieff, who took it by comfortable margins in 2006 and 2008. By the 2011 election, however, he was finally in charge of the party and ran it into the electoral ground, losing his own seat to the Conservatives in the process. Management consultant Bernard Trottier took 40.4 per cent of the vote to Ignatieff’s 35.1, with the NDP’s Michael Erickson earning 20.3 per cent, nearly doubling that party’s previous finish.

Dynamics: Trottier, who’s held a couple of parliamentary secretary portfolios, is “fighting for his life” this election, if you assign any weight to what Doug Ford says. This could well be the case, but Ford could also just be annoyed that the MP endorsed John Tory in the 2014 mayoral race, despite Rob Ford’s backing of Trottier in 2011.

If he goes down, it’ll presumably be to Liberal James Maloney, the Mark Grimes pal who was appointed to fill in on council’s Ward 5 (Etobicoke-Lakeshore) seat from July to November 2014 after councillor Peter Milczyn was elected to Queen’s Park. Maloney – whose mark on council was limited to a bizarre defence of Giorgio Mammoliti – was a last-minute replacement for Susan Watt, who won the party nomination in November but then quietly quit in the spring.

Running for the NDP is the confusingly named Phil Trotter, a lawyer and mediator who found himself in an embarrassing controversy when a campaign worker mistakenly posted on Trotter’s Facebook account that he’d been a “very racist right-winger as a youth.”

Recent history: Right-wing Liberal Tom Wappel held various iterations of this riding from 1988 through 2008, when he was succeeded by Michelle Simson. But in 2011, after nearly two decades of easy Liberal wins, Scarborough Southwest remarkably went to NDPer Dan Harris, who took 35 per cent of the vote to Conservative Gavan Paranchothy’s 31.9. The Libs wound up third with 29 per cent.

The NDP’s post-secondary education critic and sponsor of a bill to make Remembrance Day a statutory holiday, Harris is a “geek, nerd and gamer,” according to a 2012 Reddit AMA, where he also admitted to being a fan of Star Wars Lego and once assembling a TIE Interceptor during a budget filibuster.

Dynamics: The Liberal banner is being carried by former police chief Bill Blair, a star candidate who comes with baggage concerning his accountability for the G20 (which he recently dismissed as “a five-year-old event”), his adamant defence of carding and his alleged insubordination toward his civilian overseers on the Police Services Board. Still, a Forum poll in February gave him an edge over Harris, though less than you’d think: 39 to 29 per cent, with a four-point margin of error.

Intent on holding Blair responsible for his actions (and inactions) as chief, former G20 detainee and democracy activist Tommy Taylor is running for the Greens he’s invited Blair to sit down for a public conversation about policing at the 2010 summit. The ex-chief is unlikely to accept the offer, but if he doesn’t shy away from all-candidates debates, they could be among the most electric in the city. 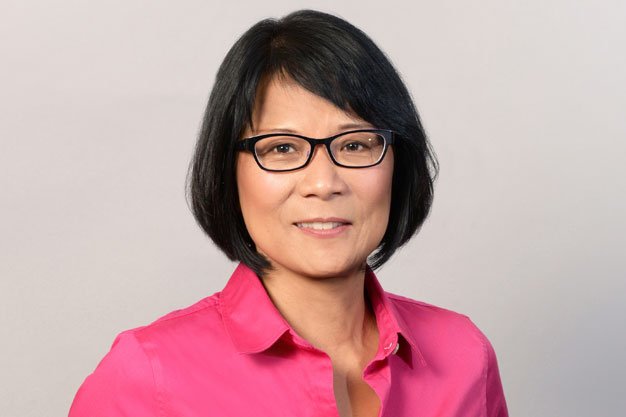 Recent history: Although the former Trinity-Spadina riding was often regarded as a traditional NDP stronghold, Liberal Tony Ianno won four consecutive elections there from 1993 to 2004, including two in which he beat then-councillor Olivia Chow. But NDPer Chow took the seat in her third go, in 2006, and then twice fended off challenges from Liberal candidate Christine Innes, Ianno’s wife. The previously narrow margin of victory exploded wide open with the Orange Wave of 2011, when Chow crushed Innes 54.5 per cent to 23.4, and the Conservatives registered as an even smaller blip than usual.

When Chow resigned to run for Toronto mayor in March 2014, it initially looked like Joe Cressy, her handpicked successor, would sail into the seat. But Liberal leader Justin Trudeau, then riding high in the polls, recruited Adam Vaughan to take him on. Vaughan, the popular councillor for the riding’s east half, easily beat Cressy in that summer’s by-election, 53.7 per cent to 34.1. (Cressy would go on to win the municipal seat vacated by Vaughan, which Vaughan himself had taken when Chow left it in 2006 to run federally. Here’s our mid-2014 look at the riding’s overlapping dynasties.)

Dynamics: Big changes. This new riding has been cobbled together from the south half of the former Trinity-Spadina (below Dundas) and the very bottom of the old Toronto Centre (below Mill and the Esplanade). It consists mostly of condos and apartments, with low-rises pretty much restricted to the areas around Trinity Bellwoods, Alexandra Park and Grange Park.

In late 2014 and early 2015, the NDP had some difficulty rounding up a high-profile candidate to run against Vaughan, his party’s critic for housing and urban affairs. But when the NDP began to rise in the polls this past spring, finding people got a bit easier – and when Chow, who finished third in the mayoral election, decided she wanted back into office, the nomination was hers.

Vaughan is quite likely salivating at the prospect of going head-to-head on urban issues with Chow, who was the NDP’s critic for municipal affairs, public transit and transport at the time she stepped down. Often critical of his predecessor’s tenure on council, Vaughan has been polishing his zingers for years but will have to work to suppress his visceral contempt.

Chow, on the other hand, is going hard on childcare and the Liberals’ (including Vaughan’s) support for the Conservatives’ wildly unpopular security and surveillance bill, C-51. 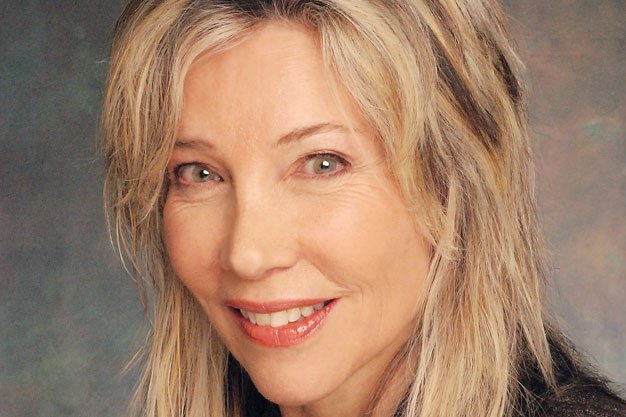 Recent history: Liberal Bill Graham held the seat in different configurations of the old Toronto Centre from 1984 until his 2007 resignation to make room for Bob Rae, who soared to victory in a by-election the next year. Rae easily won again in the 2008 general election but had a narrower victory against NDPer Susan Wallace in 2011, winning 41 per cent to 30.2 per cent, with Conservative Kevin Moore taking 22.6 per cent. When Rae stepped down in mid-2013, the NDP was once again hopeful about taking the seat, and Linda McQuaig beat Jennifer Hollett for the nomination. McQuaig, however, lost the by-election to Liberal Chrystia Freeland 49.4 per cent to 36.3, with the Conservative vote share reduced to 8.6 per cent.

Dynamics: Its name is the same, but Toronto Centre isn’t nearly as geographically expansive as it used to be. Its eastern and western borders are more or less unchanged (Bay in the west and the Don Valley in the east), but Rosedale and Yorkville have been lopped off the top, and the St. Lawrence and Distillery neighbourhoods have been severed below the Esplanade and Mill. It’s probably oversimplifying things, but conventional wisdom is that the south-end cuts disadvantage the NDP, while the north-end cuts disadvantage the Liberals (and probably the Conservatives, but they’re marginal here anyway).

With Freeland choosing to run in University-Rosedale instead, this seat is without an incumbent, and McQuaig – an author and journalist who specializes in issues of income inequality – is taking another swing at it. But she’s been unusually quiet for the past month, since Conservatives pounced on her mild mid-summer criticism of the tar sands.

McQuaig is up against Liberal Bill Morneau, the executive chair (and past president and CEO) of Morneau Shepell, a “consulting and outsourcing company” originally founded by his father as W.F. Morneau & Associates. In March, National Post columnist John Ivison cited Morneau as a likely pick for finance minister if the Liberals form the government. 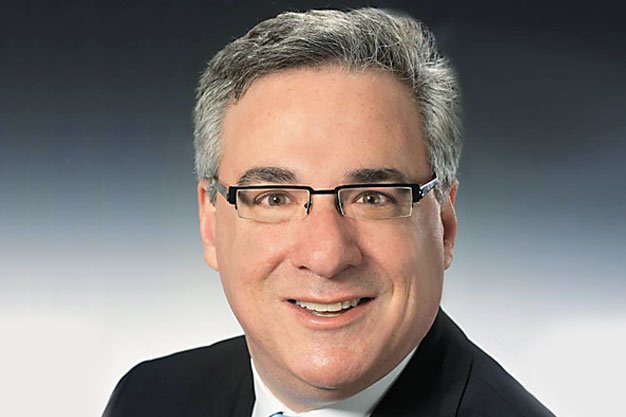 Recent history: Liberals held this riding for nearly 50 years until Conservative Mark Adler beat incumbent Ken Dryden in 2011, 48.5 per cent to 33.3. (The NDP isn’t much of a force here, and you have to go back to 1980 before you find them cracking 20 per cent.) But the Conservatives’ rise was a gradual one, with the Liberals’ margin of victory shrinking from 58 points in 2000 to five points in 2008.

Dynamics: Backbencher Adler has little to show for his tenure beyond the occasional burst of ethnocultural opportunism. On a trip to Israel with Prime Minister Stephen Harper in January 2014, Globe and Mail reporter Campbell Clark caught audio of Adler pleading with one of Harper’s aides to let him in on a photo op at Jerusalem’s Western Wall, the most holy site in Judaism. “It’s the re-election. This is the million-dollar shot!” Adler could be heard saying. And he was criticized for further Judeo-pandering just last month when it emerged he had campaign signs and billboards that prominently cited “Son of Holocaust survivor” as one of his chief credentials. At least no one remembers that he presented then-mayor Rob Ford with a Queen’s Diamond Jubilee Medal in 2012.

Running for the Liberals is Michael Levitt, a partner and executive at Benjamin’s, the go-to funeral home for Toronto Jews, and also a founding member of the Canadian Jewish Political Affairs Committee lobby group. Meanwhile, the NDP is putting up Hal Berman, a palliative care doctor at Mount Sinai Hospital and assistant prof at U of T, who has the good sense to tuck his Holocaust-survivor lineage further down in his official bio.

Check out our interactive Federal Election 2015 map to learn about your local candidates.